Caring for your kitten's teeth 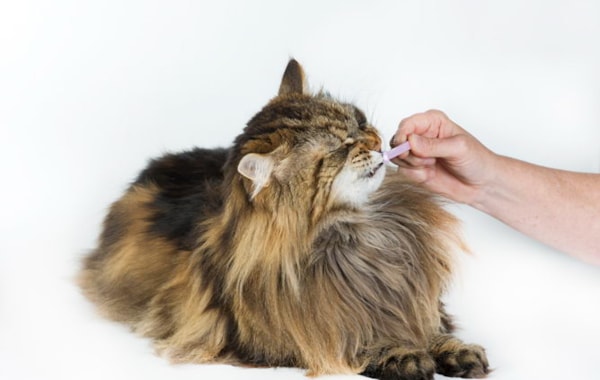 Looking after a cat's teeth is just as important as looking after our own - and there's no better time to start than when they are a kitten.

Sadly, dental disease is one of the most common pet health issues, but the good news is that owners can help prevent it with routine dental care. Dental disease doesn't just cause pain in the mouth and teeth; it's also linked with other health problems around the body, including kidney and heart conditions.

Gum disease can be caused by a lack of tooth brushing and is more common in older animals - but by this point a lot of permanent damage has already been caused, so it's best to brush their teeth from a young age. Another benefit of brushing teeth during the first few weeks of life is that the kitten gets them used to the process - meaning it can be a daily, stress-free procedure for the rest of their life.

As in humans, plaque - a mixture of food particles and bacteria - sticks to the teeth's surface. The minerals in saliva harden this, turning it into tartar which firmly attaches to the teeth. Over time, plaque and tartar spread under the gums, leading to damage of the tissue supporting the teeth and a build-up of infection. If allowed to carry on, dental disease will damage the gums and eventually affected teeth may fall out.

Brushing is the best way to combat plaque build-up and, if started early and in the right way, it will become a normal part of your kitten's daily routine. Wearing disposable gloves and approaching them from the side rather than the front, begin by lifting your kitten's lip and gently touch their teeth and gums. Then start cleaning the teeth by using a flannel folded over a finger, a 'finger brush' or a pet toothbrush. Special pet toothpastes may also be used, which not only taste nice, but they're formulated not to foam in your cat's mouth. Be sure to press the toothpaste into the brush though, otherwise kitty will eat it.

Start with a few teeth and gradually increase the brushing. By building up slowly, step by step, they will gradually become used to having their teeth brushed and won't be scared of it. The same technique can be used with older animals, but it may take a little longer for them to become used to each step.

An additional way to prevent plaque build-up is to think about what your kitten eats. Feeding specially formulated dental diets, using special toys used to help with tooth cleaning when playing with your pet, offering dental chews and avoiding sticky, sweet foods will also help prevent dental disease, but tooth-brushing is the gold standard method for prevention.

If you notice any signs of dental disease, such as bad breath, excessive drooling, difficulty eating or rubbing the face with a paw, make an appointment with your vet for a check-up.