Encountering a cat you think needs help can be a delicate situation. Vivien Ryder shares her experience from both sides of the story.

I had started to notice that one of our cats was spending quite a bit of time across the lane. I would sometimes see her sitting on someone’s doorstep, as if she lived there. I thought nothing of it, at least initially, especially since she is overly sociable and seems to lack any timidity towards humans. 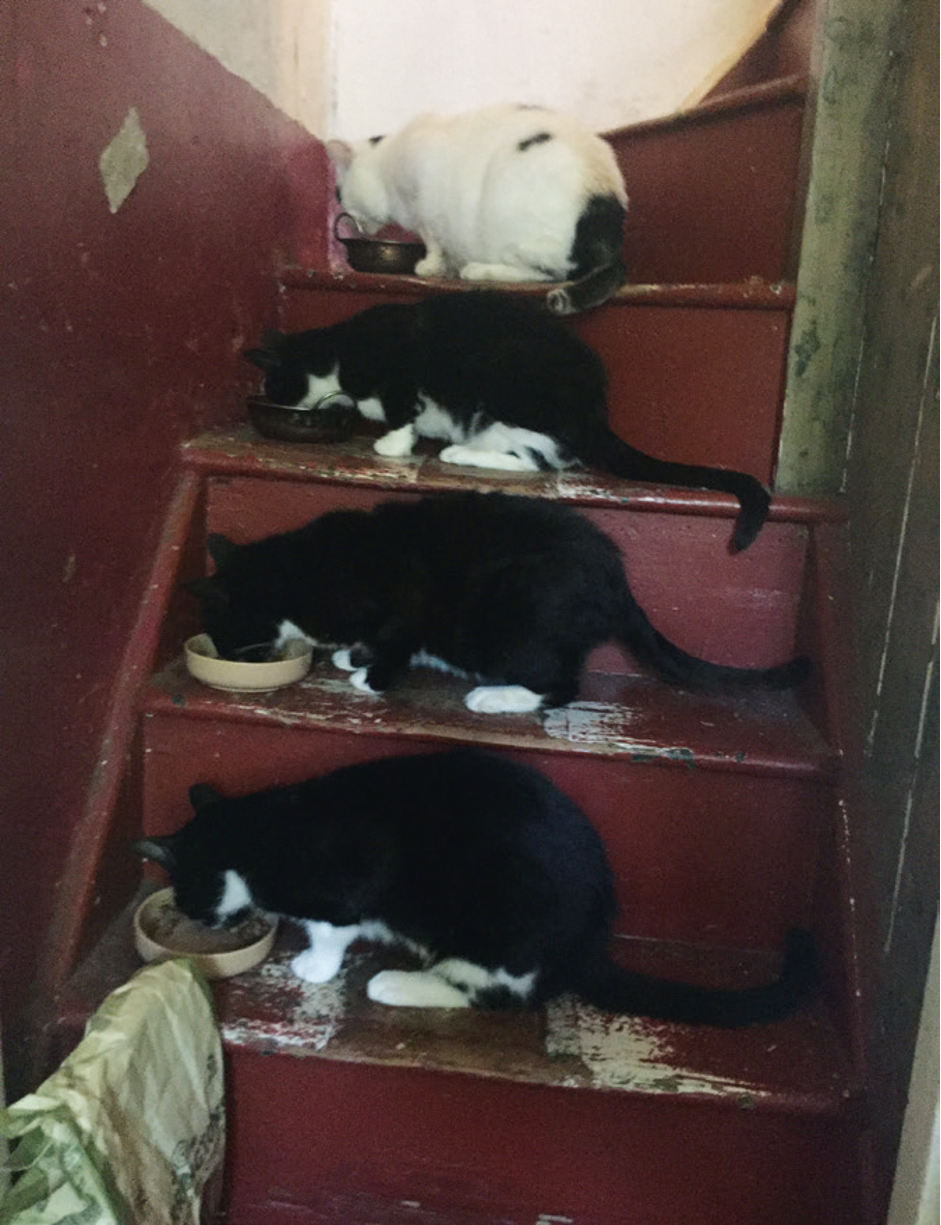 Having been abandoned by her mother at the age of two weeks, Tilly had been hand-reared by the wonderful people at Yorkshire Cat Rescue. She was, by a long way, the smallest of the litter and very nervous when we first adopted her. To this day, she is barely much bigger than a large, skinny kitten.

In the first days that we had her, she became seriously dehydrated, with swollen kidneys, and almost died. But, by some miracle (the vet’s actual words), our sweet little Tilly survived. Every birthday — she’s now 12 — we count our blessings that she is still with us.

The memory of this time came flooding back when we received a visit from one of the neighbours. I was ready for her, having noticed someone feeding Tilly some munchies earlier in the week.

“Do you have an old, black and white cat, very thin?” she asked.

“With a white stripe down her nose? Yes, we do. She’s 12.” I was a little indignant that someone should describe her as old.

“It’s just that my neighbours were wondering if she was a stray. She’s so thin.”

“She has trouble with her digestion.” I was loathe to go into detail about Tilly’s remarkable return to life with a complete stranger who seemed to be accusing me of neglect and who had described my girl as old. “We have four cats.”

I pointed out Mowsel, our big, snuggly bear of a cat, who was sitting on next door’s wheelie bin, and then gestured towards our youngest, two-year-old Pierre, who was grooming himself on the garden chair, his shiny coat sparkling in the hot sun.

Our eldest cat Ruby, 15, was nowhere to be seen, which was a shame because she is our glamour puss and you would never guess her age. She has a figure to die for and a thick black and white coat. The neighbour could see that our cats were not being neglected and there was a short pause.

“I don’t mind people feeding her,” I began, in an attempt to pacify the situation, “as long as they don’t give her sugar. It’s an act of cruelty to give cats food with sugar in it.” Anyway, the conversation closed. I walked inside, hid myself in the pantry, and burst into tears. I felt so sad, insulted, and anxious. Tilly is tiny in every way and I am guessing, since she was bottle-fed from an early age, may lack the benefit of a full starter pack of digestive equipment that most kittens get from their breast-feeding mums.

I remember a time shortly after my first cat had died and I was missing her terribly, when I decided that a cat near where I lived was under-nourished. I took it upon myself to feed her, only to find that she was a well-cared-for cat who was just very skinny and had a loud meow. Before making judgements, ask yourself whether you really think a cat needs your help or whether it is you that needs the help of a cat.