'An Unusual Cat' by Antony Gooding 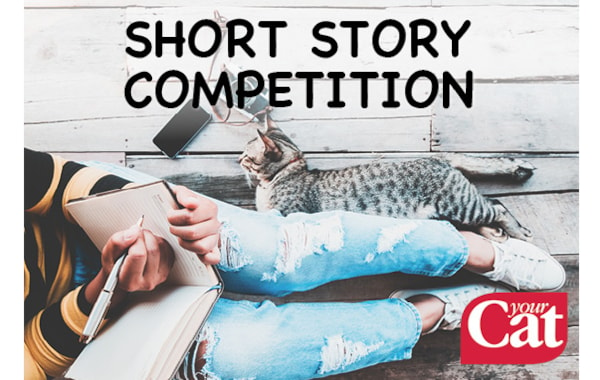 Late every afternoon it would make its way down to the quay. It would do so at the time most people were retiring to wherever people went during the evening. There would, however, often be two males of slightly advanced years, sitting together on a bench conversing or simply watching the world drift by. The cat, in its usual cat-like way, studiously ignored them. They never gave any indication they were going to offer it food, and they didn’t pose any threat.

People may be larger and stronger than the cat, but they were too slow to ever cause it any concern. People were never a real problem.

The herring gull, sitting on lobster pots near the sea wall’s edge, did pose a problem to the cat though. It wasn’t that the gull was much of a threat to the cat, despite its wicked looking beak. No, the gull set the cat a different problem – how to catch it.

The gull was doing what it did every day at this time – sitting on the pots looking across the quay towards the open ocean. The cat knew the gull was aware of the cat’s presence, and it knew that it could not get much closer before the gull did as it always did – take to the air and glide across the water to the tall lamp at the far end of the quay.

But that did not prevent the cat from trying to catch the gull. It couldn’t help itself; its instincts were hard wired.

So it stalked with stealth along the wall, moving one limb at a time, almost robotically as it approached its quarry, its head and eyes as still as a windless morning.

The gull did not flinch. Its greedy pinhole eye had seen the cat approach the quay and did not regard it as an immediate threat – the gull was in no hurry to leave its convivial perch.

Gulls – as all birds – have a heightened spatial and chronological awareness. They didn’t need to engage in mathematical gymnastics to work out where something might be in time and space; they calculated these things instinctively. And when it deemed the cat had approached that invisible threshold beyond which the gull’s chances of survival were compromised – it unhurriedly spread its wings and, with languid disregard for the approaching peril, launched itself from the pots to swoop low and slow across the water.

The cat abruptly rolled onto its back, and as though totally unconcerned about the failed hunt, held its rear legs akimbo, then, in the manner of all cats, engaged itself in licking its nether regions.

The cat’s afternoon activities had concluded as expected. But it had, as with each failed attempt, learnt just a little bit more about the gull’s reactions. Every afternoon it got a centimetre closer and the gull had taken just a fraction of a second longer to react. The cat’s ancestors had lived and died by fractions of a second.

One afternoon it would catch the gull. It would not kill the bird. The cat was well fed by those that gave it shelter and had no need to devour the hapless creature. No, the cat would take it back to the place it was given shelter. And when the people joined it, it would bring the gull to the place where they all relaxed and release it amongst them. Then it would retreat to the highest shelf. It would do this speedily but with ease, because, as already mentioned, people’s reactions are slow.

Then it would lay atop the shelf and enjoy the show.

Because, you see, the cat has a sense of humour.

Write your own cat-themed short story

Do you love cats? Do you love writing? Does your child love drawing? Are you looking for something to set your mind to and show off your creative skills? Then this is the perfect opportunity for you.

Find out how to enter here: www.yourcat.co.uk/short-story-competition