Are cats the pets of the future? Modern life is changing at a fast pace — so does the very nature of cats enable them to remain our pets of choice now and in the future? Alison Gallagher-Hughes looks at the evidence.

Who remembers ‘The Jetsons’? If you are too young to remember, it was a cartoon featuring a space-aged family — complete with spacecraft and a pet dog! Astro always struck me as a strange choice for a ‘pet of the future’. To my mind, a cat would have been so much more convenient; takes up far less room in the ‘aerocar’ and probably smells a whole lot better too. 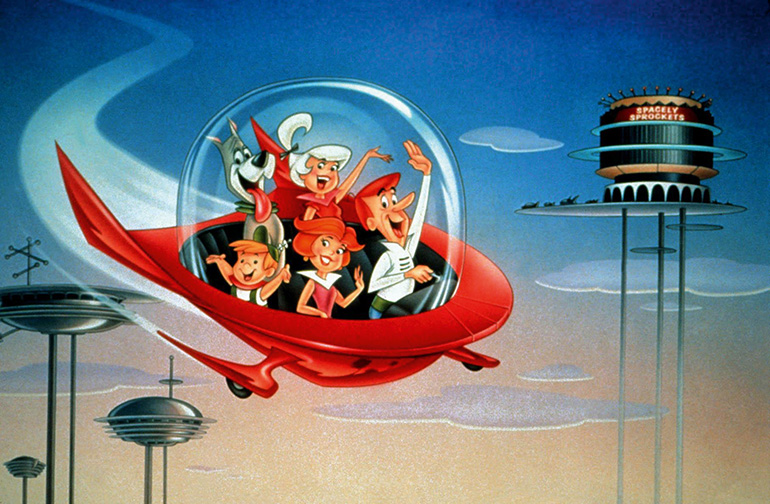 ‘The Jetsons’ had a dog as the pet of the future.

Fiction aside, the cat does seem like a future-proof choice of companion animal. They have proven to be incredibly adaptable, developing to accommodate our needs, homes, and lifestyles while still retaining the fundamental DNA of their wild ancestors. We enjoy a mutually beneficial relationship; what we give to them, they give back ten-fold. A purrfect pet — a soul with whom we can connect, who provides affection, companionship, and engagement.

Will this continue? And will cats even increase in popularity as they are better suited to modern living? Reader, I present to you the great debate and put forward this question: are cats the pets of the future? 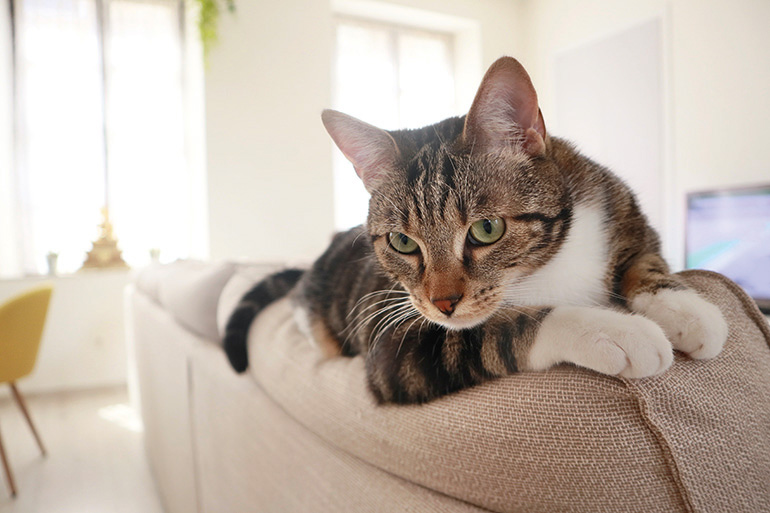 Cats are adaptable to modern living including in flats.

Cats have a long history with humans

The domestic cat — ‘felis catus’ — is thought to be a sub-species of the wildcat which developed by living in close proximity to humans. Early cats were either selected for their friendliness or tamed to live alongside early civilisations.

Cats have a rich history alongside humans dating back thousands of years. The Ancient Egyptians took them into their homes to catch vermin but they became respected feline companions, elevated to religious symbols for wisdom, poise, grace, and fertility, and were depicted in ancient hieroglyphics and sculpture.

Linda Ryan, the cat advocacy programme manager at International Cat Care, elaborates: “When we think about the original cat, who came in from the cold and thought: ‘Thanks very much humans for storing all of these lovely mice for us in your barns — that’s great’, a founding relationship began.

“The bolder ones became more tolerant of humans, more relaxed, and then we noticed: ‘Gosh, they’re not only useful, but gorgeous’ and thus, the human-cat bond began developing which allowed people to begin appreciating them as more than mouse hunters.”

Ancient Romans had a similar reverence for cats and venerated them as symbols of liberty. But the middle ages saw a different turn of events — cats were regarded with suspicion, linked to witchcraft and other superstitions. Some scholars believe that extensive cat eradication around this time led to a proliferation of the plague.

In more recent times, history has documented a more rational approach to our symbiotic relationship. There have been many famous cat lovers, from Catherine the Great and Abraham Lincoln, to the Bronte sisters and Winston Churchill, who all acknowledged the importance of cats in their lives.

When it comes to feline behaviour, there is clear evidence of cats adapting to our way of life and in the way they interact with us. Vocalisation is predominately for our benefit — they hear the sounds that we make and have learned to communicate with us using the same methods.

Many feline companions adapt to indoor living, while others learn to live in multi-cat households.

So, what next...opposable thumbs? You’ve seen the adverts — watch this space.

Two recent publications — the Cats Report 2020 (the first report of its type from Cats Protection) and the PDSA PAW Report 2020 (now in its 10th year) — total the nation’s pet cat population between 10.2 and 10.9million. Felines are owned by around 26 per cent of people living in the UK.

The PAW Report indicates that there has been a steady increase in both cat and dog pet numbers since 2013 (when there was a significant drop immediately before, perhaps as a consequence of austerity) and this has increased by more than two million in the last seven years. Furthermore, between 37 per cent and 42 per cent of those owners have more than one cat.

Half of the UK’s cats are mature (seven years or more). Better nutrition, living environments, and medical care (around 84 per cent are registered with a veterinary practice) are helping to extend cat lifespans.

Based on a study carried out by the Royal Veterinary College in 2015, crossbreed cats had an average life expectancy of 14 years and purebred cats 12.5 years. However, this was a statistical average — many cats live for 20 years or more.

Linda Ryan believes that longevity is linked to quality of care and environment: “In many parts of the developed world, cats are living longer.

“As well as being a veterinary nurse, I specialise both in behaviour and oncology. People talk about cancer becoming more common in pets and my response is always, ‘Well, actually, it’s not that. Cancer tends to be a disease of old age. Because of improved husbandry, veterinary care, nutrition, vaccination, knowledge, and the
cradle-to-grave care that we’re providing, cats are living to ages that we would never have imagined 30 — 50 years ago.

“But it depends on which type of cats we’re talking about. Are they the ‘cared for’ ones that sit on your pillow and purr you to sleep? Or are they the more free-living ones that potter home, get some food, go off, and they’re not seen again for another 20 hours? Our cared-for cats are generally living a lot longer.”

Despite the image of a dog being Man’s best friend, there are approximately 0.8m fewer owned dogs than cats in the UK. However, dog ownership has seen a sharper increase in the past two years, by more than 1m.

Across Europe, there are 106.4m pet cats (compared to 87.5m dogs) of which 77.4m can be found within the European Union (compared to 68.5m dogs), according to the European pet food association FEDIAF. In some EU countries, cat ownership completely outstrips dog: there are nearly half as many cats in France than there are dogs, and in Germany, there are a third more cats.
In Russia, there are twice as many cats than dogs — clocking in at a staggering 22.8m.

Nigel Baker, CEO of the Pet Industry Federation, believes that the popularity of cat ownership in central European countries has much to do with their way of living.

“Those living in urban areas are frequently apartment dwellers. Working time can also be extended across the day. Having a cat, as opposed to a dog, can be a more practical solution that fits in with living environment and lifestyle,” he says.

Nigel also points to the Far East as a growth market for the pet sector. Around 20 per cent of the Chinese population are pet owners, which equates to more than 40.6m cats. Japan alone boasts 9.6 million cats with many remaining indoors as a result of their owners living in apartments with no garden space. This has resulted in Japanese cat owners investing in making their homes more pet-friendly and buying premium pet food. 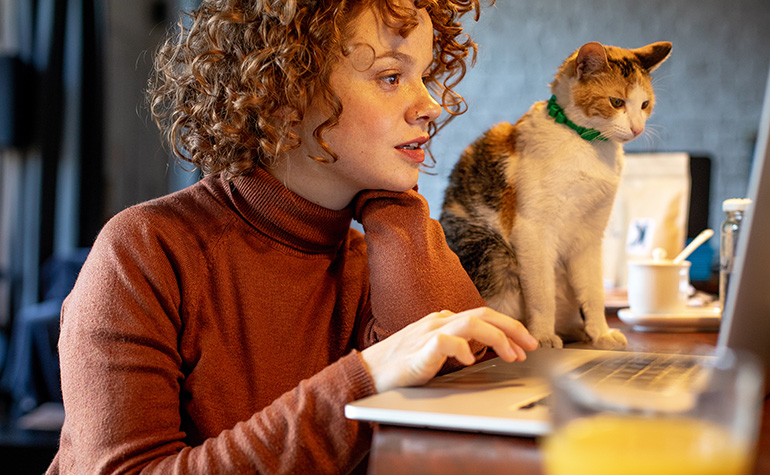 The UK has a predominantly ageing population and a housing crisis. These two factors have seen a growth in the development of retirement living — apartment complexes with on-site services and minimal maintenance. However, living without a private garden reduces the practicalities of pet ownership. This could be a reason why many people opt for cats as their pet of choice in later life. The PAW report also references an increase in indoor-only cat living — from 15 per cent in 2011 to 26 per cent in 2020.

The Cat Report found that 15 per cent of the UK’s cats live in flats. Renters are just as likely to own a cat as those who own their own property (23 per cent) but renting can be a barrier to those who would like a cat but can’t have one. Cats Protection estimate that as many as 1.6 million cats could be rehomed if UK landlords allowed pets.

Millennials too are ‘choosing cat’. Lifestyle surveys suggest that a significant proportion of Generation Y prefer to take on a pet before, or instead of, starting a human family. The independent persona of the feline may make them an attractive proposition — easier to accommodate when full-time work, travel, and activity outside the home are more likely. It has also been identified that younger people are more willing to acquire pets from rescue, helping provide forever homes for unfortunate unwanted felines.

Cats are great for our well-being

The CATS Report 2020 highlighted 62 per cent of people in the 18 — 34 age group got a cat to help relieve stress and loneliness. It will be interesting to see how that has been affected by the Covid pandemic, given loneliness and isolation have been key themes in lockdown.

We are also ‘hands-on’ with our cats — 90 per cent of us stroke our cats every day and 78 per cent consider ourselves ‘heavily involved’ with them.

However, International Cat Care’s Linda Ryan is keen to point out that this engagement should not be forced upon a cat: “It is important that we recognise that every cat is an individual and it is vital to give equal consideration to a cat’s physical and mental health, as well as our own. 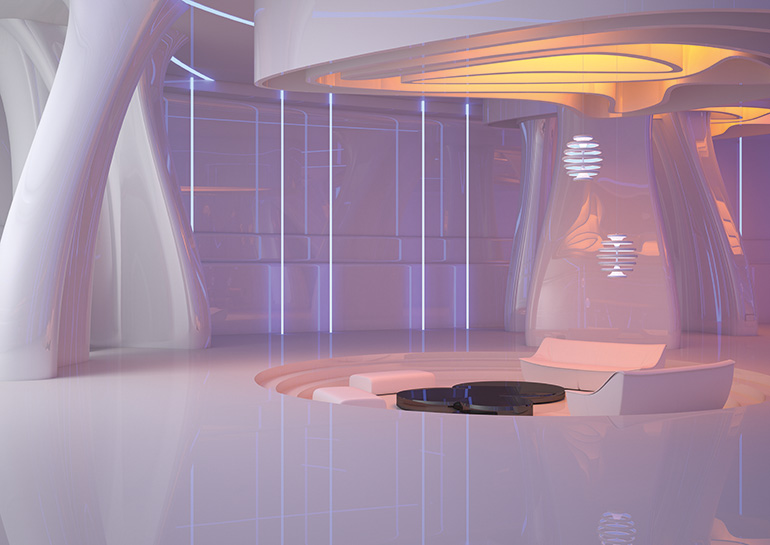 Are cats the pets of the future?

It seems the deep-rooted human-cat bond, feline adaptability to settle within our homes and lifestyles, and a renewed understanding of the positive impact of pets on mental well-being will keep cats growing in popularity.

However, while cats are great for modern living, there will be fresh challenges. There is the impact on the environment to consider in terms of ensuring cat ownership remains sustainable. More significantly for our pets, our world can be incredibly stressful and pressurising for cats.

Linda says: “From a cat’s perspective, perhaps we need to adapt and evolve for them. They are expected to fit in with what we want and our ideal of what we consider cats to be.

“We should be the best that we can be for our cats, if we’re expecting the best from them. It is an interesting time, in terms of cats outnumbering dogs. They have made adaptations for us, like being able to live in close proximity to humans, other cats and pet species, and in more confined environments, often very successfully.

“Another example is their vocalisation — adult cats are normally silent with each other, only mums and kittens will meow to each other. We now have that replacement care-seeking and care-giving bond, where we see vocalisations just for humans.

“Great bonds can be achieved but I think we have to respect, empathise, and provide everything that they need, so that we can be the people of the future for our cats,” she concludes.

On balance, the evidence suggests our love of cats is unlikely to dim. In true debating style, I would ask you to support the motion: the future is feline.