We speak to owner Angela Bialowas, from London, about her handsome Ragdoll, Sir Winston... 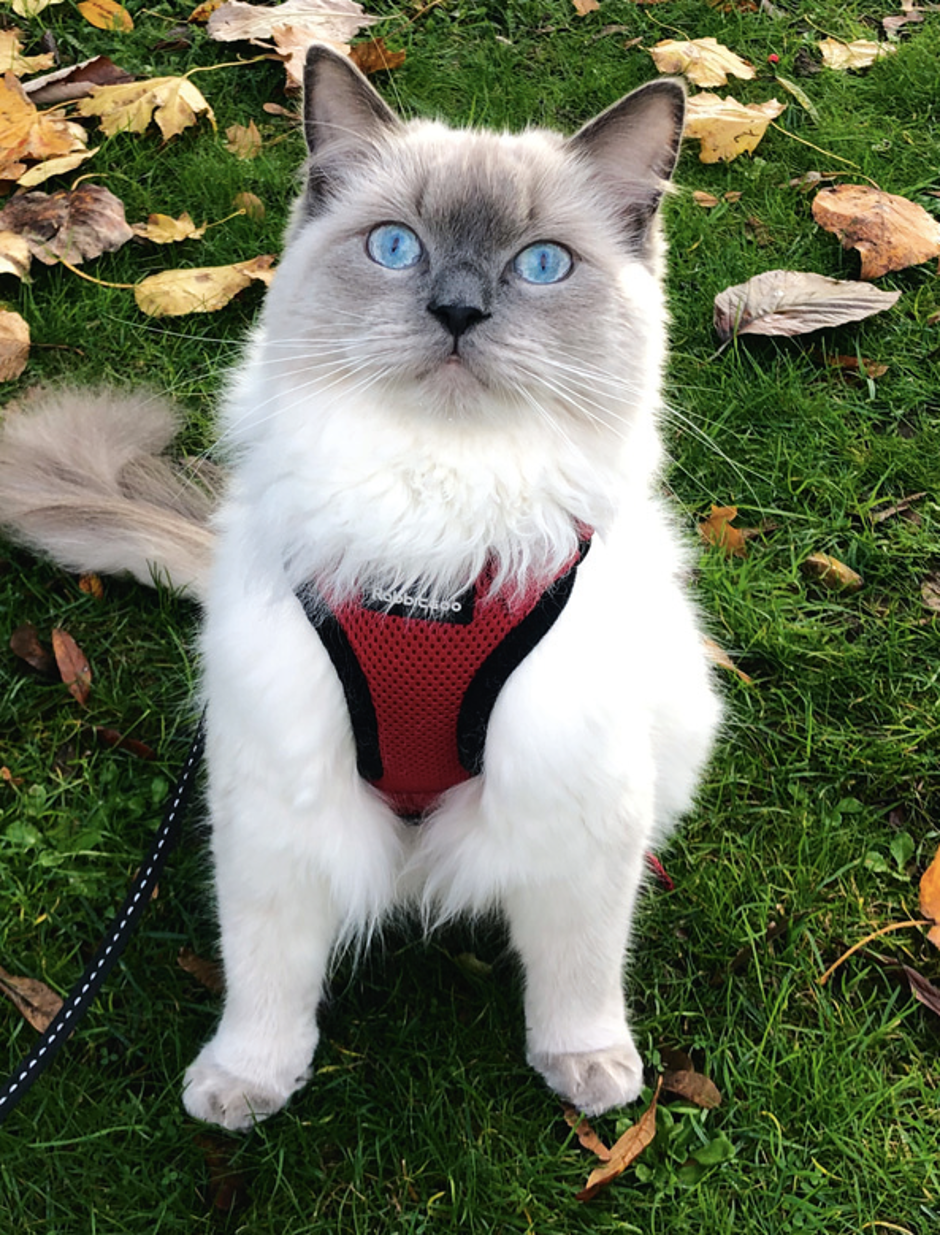 Favourite thing to do: Being a watchman on his big cat tree.

Q) Can you remember when you first met Winston?

A) Winston was one of the smallest kittens from his litter. He looked straight at us with his beautiful blue eyes and walked over with a little bounce in his step and his tail held high. He was so inquisitive and trusting. He was the last one of the litter to go, but he would have been our first choice every time. We wanted the name to be a human name that reflected his big personality, so we tried out the name Winston, after his namesake Winston Churchill, and it stuck with us!

Q) How did you train him to wear a harness?

A) We started harness training when Winston was just a kitten. For the first few days, we let Winston smell the harness. We then put the harness on him at home for short periods until we could see he was comfortable. We were lucky as Winston never showed any signs of distress. Like most cats, Winston responded very well to positive reinforcement in the form of treats and attention. The first time we went for a walk to a communal (no dogs allowed) garden, Winston loved it! Winston now loves to chatter at the birds and stretch out in the sunshine. When he jumps back into his backpack, we know it is time to go back home. We love enriching Winston’s life in these little ways, as far as he allows us.

Q) At the start of this year, you brought Sooty the kitten home. What made you decide to get another cat, and how are they getting on?

A) We could tell that when we were away, Winston would crave companionship. We were initially worried that both cats would not get along. There was a lot of hissing in the first few days. A week later, we noticed they started to really get along! They are inseparable now. They love to groom each other and sleep with their paws touching. They zoom around the house taking turns in chasing each other and love to make a lot of noise playing with their cat tunnels.

Q) He is so photogenic! Do you have any useful hints and tips for taking your cat’s photo?

A) Thank you! I try to capture Winston in the moment, particularly when he is doing something goofy. I don’t stage photos with props as it never seems to work with him. Lighting is also very important. I always opt for soft and natural daylight that brings out the blue in Winston’s eyes. I love taking photos against interesting backdrops but I would only go for spaces that Winston is well accustomed to. Experimenting with taking photos from different angles by, for example, getting down to your cat’s level always makes a great shot! Last but not least, have fun with the process!

Q) If Winston could talk for one day, what do you think he would say to you?

A) I am sure I would hear many complaints from Winston about why I do not give him enough of the ‘human’ ham and why I am taking up so much of the bed space when he is trying to sleep belly up in the middle of the bed. Winston is the most loving cat and I can only hope he would reciprocate the countless ‘I love yous’ he hears from us. Winston and Sooty love to chatter away with each other! I would love to understand what mischief they are planning to get up to next!