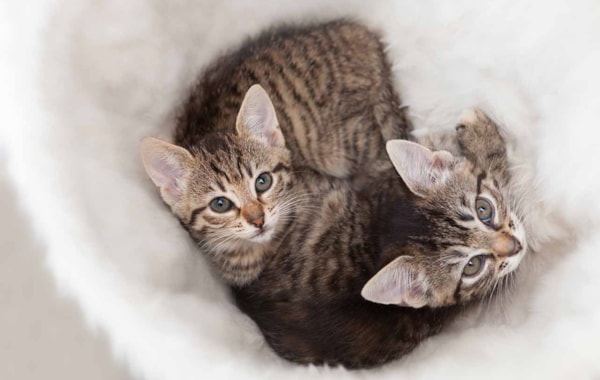 Cats Protection has welcomed a new law which will ban the commercial sale of kittens by a third party and help stamp out backstreet traders.

The legislation – dubbed ‘Lucy’s Law’ – will come into force on 6 April in England and make it illegal for kittens to be commercially sold by anyone other than the breeder.

The move means kittens can no longer be passed on to pet shops or commercial dealers to sell, and buyers must instead deal directly with a breeder or animal rehoming centre.

Cats Protection’s Head of Advocacy & Government Relations Jacqui Cuff said: “Cats Protection regularly hears harrowing stories of kittens which have been sold by third party sellers – individuals who acquire kittens for sale with the sole interest of making a profit.

“Kittens sold in this way are frequently separated from their mothers far too young and may have been bred in poor conditions which leave them sick, diseased or under-socialised. Their new owners may be left with hefty veterinary bills or with a cat which is not used to being around people and won’t make a good pet.

“Putting a stop to third party sales is a step in the right direction to improving the welfare of breeding cats and their kittens. But there is still more to be done, and Cats Protection would like the Government to go further by introducing regulation of cat breeding, ensuring that breeders are subject to licensing and inspection.”

Kittens should remain with their mother until they are at least eight weeks old. Kittens separated before this are at greater risk of becoming sick and developing life-threatening illnesses.

As well as the risks to their physical health, kittens sold before eight weeks of age will have likely missed out on key experiences in their socialisation period, where kittens learn about the world around them. Positive experiences of people and a home-like environment during the first two months of life are essential if a kitten is to become a well-adjusted, confident pet. Missing out on these early experiences – or having a negative experience of people – may result in a kitten becoming fearful of people and unsuitable for life as a pet.

Jacqui added: “It is tragic when we hear stories of sick kittens, some of whom don’t survive, being bred and sold. Sadly, it has become all too common that commercial dealers put profit before the welfare of the animals they are handling.

“Not only will this new law help tackle the problem of these unscrupulous dealers, it will also reduce the number of people motivated to breed from their own pets to supply pet shops with kittens in return for financial benefit.”

Cats Protection is the UK’s largest cat charity, helping around 200,000 cats every year through a network of over 250 volunteer-run branches and around 37 centres.

Lucy’s Law is named after a spaniel used for breeding at a puppy farm in South Wales, and comes into force in England on 6 April 2020.