A decade ago was James and Street Cat Bob’s first ever book signing. James reminisces about a time — and a best friend — that changed his life.

An interesting bit of trivia for you (and an incredible moment for me!) is that the launch day for my first book was March 15, 2012. The publishers had chosen this date because it was close to Mother’s Day and my book was seen as an ideal gift. Unbeknown to the publishers was that they had chosen my 33rd birthday. The most amazing, surprising, and wonderful gift I have ever had, and probably ever will have, is that Bob gave me the opportunity to live this life and write these books. To learn these lessons along with you still continues to be something that blesses my life every day. Bob’s remembrance bench and statue serves as a testament to these facts, along with the legions of fans, followers, and supporters worldwide — like some of you, the readers of my column. 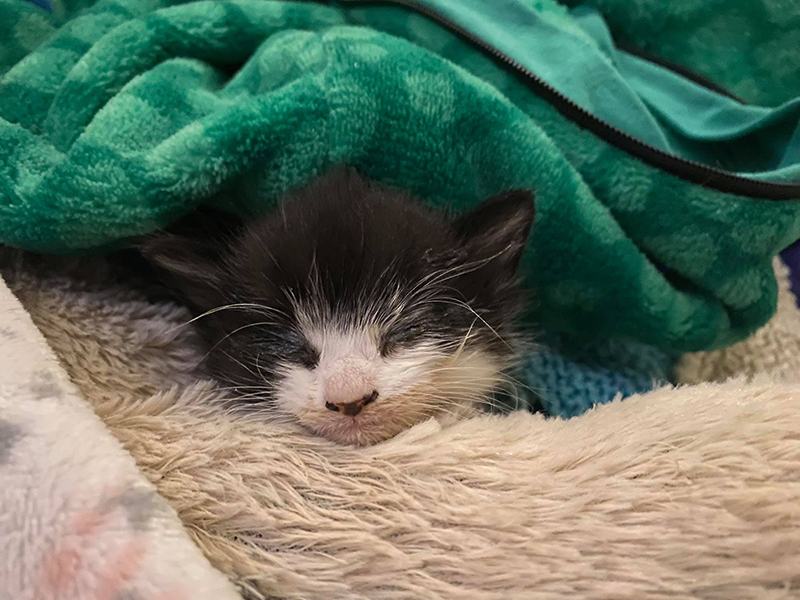 Sadly Chloe was too ill to survive.

The first book signing, however, was two days earlier on March 13, held at the Islington Green Waterstones which is directly across from where Bob’s bench is situated today.

What a day it was. I had spent most of the morning and afternoon doing interviews with papers, such as the ‘Evening Standard.’ The day had begun with Bob and I attending a brief media training course, one-on-one with a professional coach, in which I had learned that I shouldn’t be fidgeting with a pen when a reporter is asking questions and to make direct eye contact. And more importantly, never to let too much silence linger inbetween questions and answers — all very important things. However, Bob had sat there looking cute as a button and grooming himself. And making sure to get any knots out of his hair in preparation for his big debut that night.

What I thought was funny was that throughout my training Bob kept catching the trainer off guard leading to the trainer himself commenting on how Bob would be a wonderful star on screen — little did I know how this was a foresight of things to come! 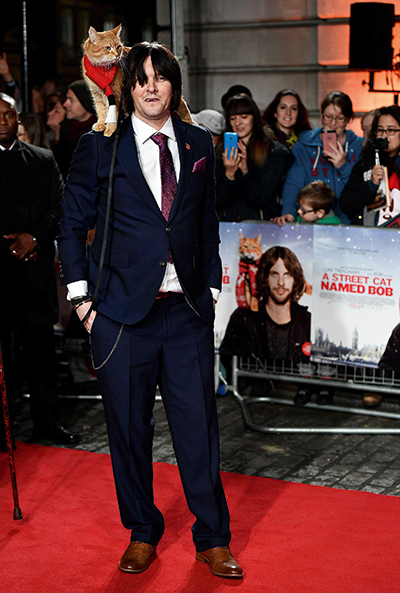 The book did go on to become a movie!

After having done a few newspaper interviews and a little clip for the BBC and Sky news, my PR representative, Emma, and myself with Bob headed towards Angel Station on the underground with the photographer snapping away. There were fantastic pictures of Bob and myself riding the tube all the way to Islington Green for the book signing.

When we entered Waterstones, there was barely a handful of people preparing for my signing. It looked to be a quiet affair, with wine and cheese being prepared, where I would possibly read a little line or two from the page and then sign a few books. In preparation, they had ordered 300 books. They thought this was more than enough. As it turned out, it wasn’t anywhere near enough.

I went upstairs and signed a few books for people who had pre-ordered it and were going to collect later, making sure I signed my new autograph very thoroughly on each one. We had a stamp made for Bob, which was then stamped on each copy next to my autograph. After I’d gone through about 10 or so copies, I was getting the feeling of cramp. This was something I was going to have to learn to get used to but at this point I did not realise it! 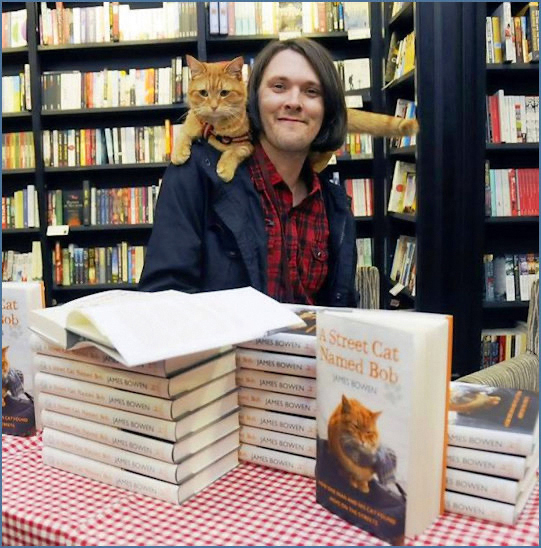 James and Bob at the first book signing.

As I came out of the staff room at Waterstones at 6pm I was shocked to discover the crowd was now over 400 people and reaching around the block…and down the street next to it and across the streets and on and on!

To say I was shocked is an understatement to say the least. I held on to Bob and immediately ran to the bathroom with butterflies in my stomach. With Bob on my shoulder, I took a deep breath and managed not to be sick. But it felt like I was going to be.

I pulled myself together and composed myself. I gave Bob a little rub on the head and he was looking happy as ever. After a few treats from my pocket, we headed out the bathroom into the store, down the steps to the front where they’d set up a little table with my books. The press was firing away, with camera flashes going left and right and people going: “James, Bob, look this way! James, Bob, look that way!”

I was confused and dazzled by the lights but Bob it seemed was a lot calmer than I was. We took it in our stride. As always, the pair of us can take on anything the world throws at us — as long as we’re together, we will overcome it.

I quickly did a few more press interviews and one of the interviewers asked what was the potential of the book being made into a movie. I said to them, and I quote: “It seems more and more real every day.” Once again, little did I know how much of a reality it was going to be.

I dreamed that this was just a stop gap in my life and that eventually I would be back on the streets, selling the ‘Big Issue.’ But with a book by our side that Bob and I could occasionally sign for a customer, things changed.