My life was saved by the cat! When their owners lives could have been in danger, these cats came to the rescue. 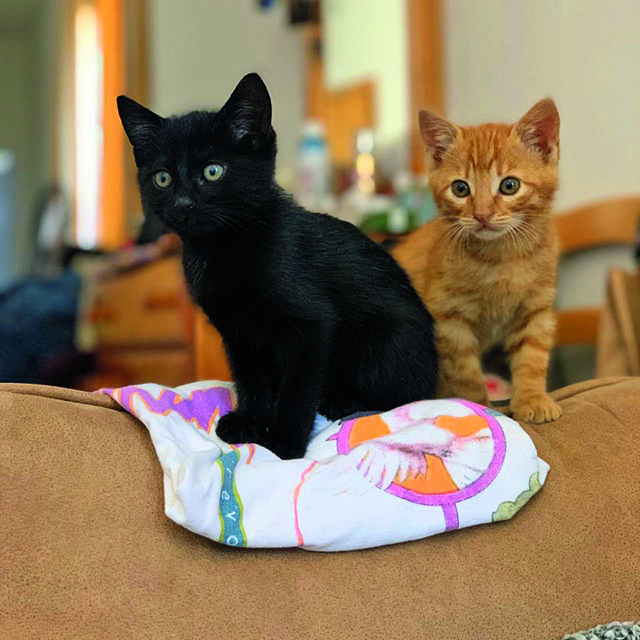 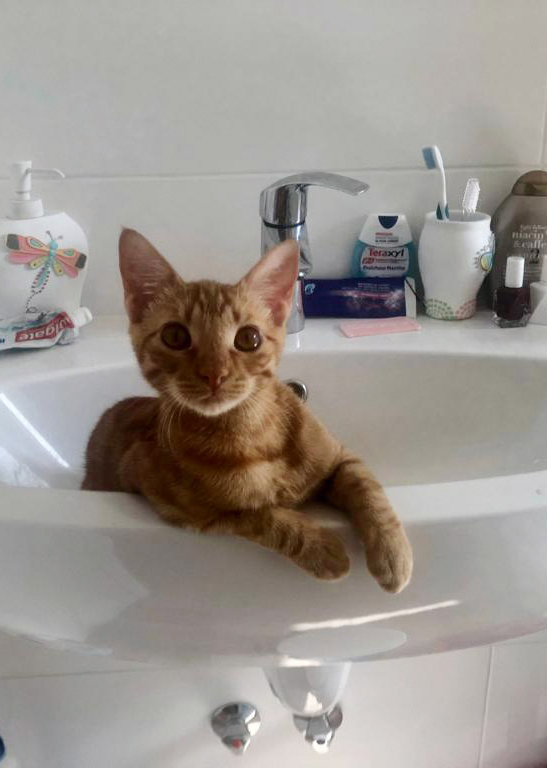 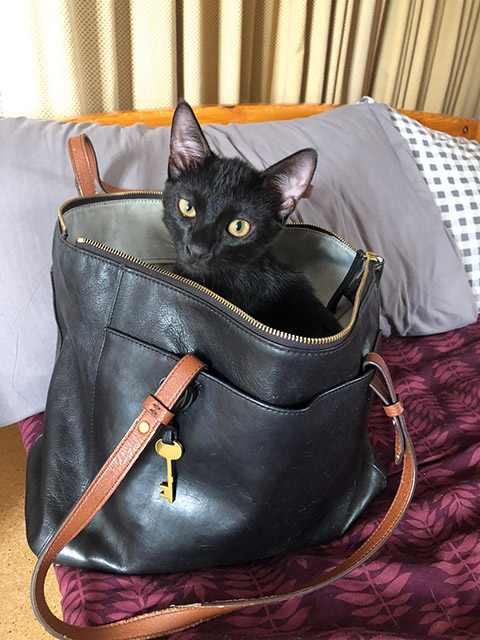 These two cute cats are heroes.          The cats are recovering from their trauma.

At five months old, Shams and Joey look like the cutest pair of kittens ever, running around frantically to fetch toys and then, when they’re exhausted, snuggling up to sleep with their long legs entwined in each other.

Adorable as they are, they’re also a pair of heroic lifesavers — alerting their owner to danger just moments before the devastating explosion in Beirut in August.“I am very lucky,” said humanitarian worker Mary Catherine Huneycutt. “Shams and Joey definitely saved me from greater injury — or worse.”

The shocking blast, caused by stored chemicals detonating in a warehouse in the port, killed at least 190 people, with more than 6,500 people injured and about 300,000 residents left homeless.

On that night, the 26-year-old was in her 10th floor apartment facing the port in the Ashrafieh neighbourhood with the kittens she’d known since the day they were born.

Ginger Shams and all black Joey were perfectly happy, snoozing together as usual. There was a small explosion followed by fireworks going off which Mary Catherine, who’s known as MC, was watching from her balcony and wondering what was going on.

But then some worrying sparks started to drift over from the port and the smell of the fire was so incredibly strong that MC decided to go inside and close  the windows.

“I was in the kitchenette area when I started to hear extremely loud sounds and explosions, and the kittens immediately ran under the bed and started meowing at me urgently in a scared and panicked way.”

The cats had often communicated with MC in meows and chattery sounds, but she said this was unlike anything before with “the sound of sheer desperation in their meows”.

“So I ran towards them, to the bed, as the massive explosion happened, and I managed to cover my head with the blankets just as the shockwave shattered all of my windows and my body flew off the ground with the force — it was terrifying.”

MC then ran out of her apartment building, worried that there was going to be another explosion or the stairwell would be blocked by debris or a fire. She called for the kittens as she was going, but she didn’t hear anything and feared the worse had happened and that they’d been killed in the explosion.

Things looked bleak. MC said: “Although my apartment building was still standing, all of its windows had been destroyed, the balcony railings were bent, the elevator had dropped and caved in, and all the walls were damaged. The furniture on my balcony had been lifted and thrown off, and inside all my furniture had been heavily battered.”

Half an hour later, MC’s fiancé arrived and the couple went in to search for the kittens. They realised that Joey, the smarter of the littermates, had got himself jammed among the electrics at the back of MC’s mini-fridge, so they broke it in half to rescue him.

MC said they found Shams in the nick of time: “He was right on the edge of the 10th floor balcony, grabbing on to the railing and mewing.”

The cats were traumatised by the explosion. Shams sat in shock while Joey cleaned him non-stop for hours. For nearly two days, they didn’t eat or drink or use the litter box — but stayed hidden behind the pillows on a bed in MC’s temporary accommodation. MC’s apartment is uninhabitable at the moment so the kittens have returned to their mother, who lives with MC’s family in the Lebanon mountains.

The explosion has left physical and mental scars on many people, says MC: “I saw people with terrible injuries and so many people died. It is hard to watch what others are going through, and what Lebanon as a country is experiencing.

“I am one of the luckiest people as I have only small scratches and an alternative place to stay — I will be forever grateful to Shams and Joey.” 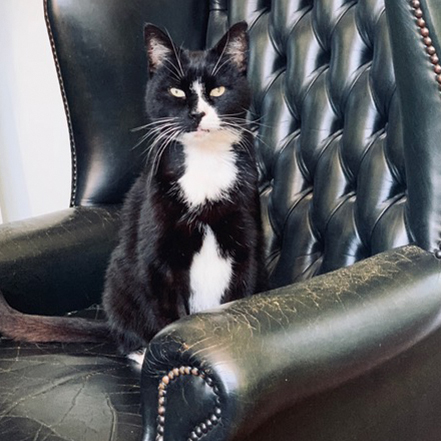 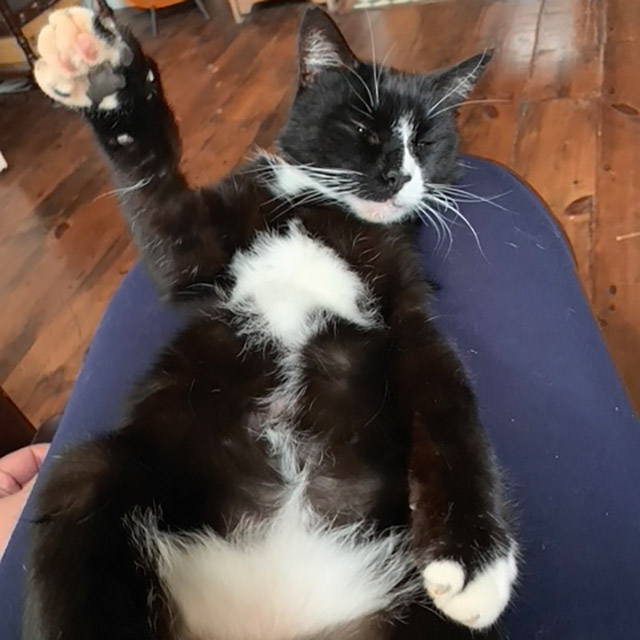 A cat became a hero when he kept his owner from slipping into unconsciousness after her drink was spiked on a night out.

Heather Scott had been out with friends in Whitstable in Kent and when she got home suddenly felt very ill.

“I had had a few drinks but all of a sudden I came over very woozy with heart palpitations and I was hallucinating,” said the 40-year-old copywriter. “It was definitely not the standard reaction that you get from drinking. I realised with a shock that my drink must have been tampered with and I managed to get myself upstairs to bed.”

Her tuxedo moggy, Geoff, usually slept downstairs but on that evening, he dutifully followed Heather up the stairs and curled up on the pillow next to her.

“Throughout the night he either tapped me on the face with his paw or stuck his paw in my mouth to wake me up,” said Heather. “I genuinely believe he was checking that I was OK. He must have woken me up about 10 times that night, just gently tapping my face.

“He definitely kept me conscious and stopped me from potentially choking or stopping breathing.”

The next day, Heather started to feel better and Geoff enjoyed a plate of roast chicken as a special thank you. Geoff has never tapped Heather on the face again after that one night when she needed his help and he returned to his usual sleeping routine.

Heather had rescued Geoff from living on the streets of east London, when he was about 10 years old. He embraced his new life living by the seaside and hardly left the house, particularly enjoying stretching out in front of the log burner — something he had never experienced before.

Sadly, after only eight months of his new life, Geoff lost his meow and it turned out that he had developed a tumour on his voice box and had to be put to sleep.

“Geoff was a very grumpy but loving old boy,” said Heather. “He hated all the toys we bought him, refused luxurious cat beds and scratching posts, and would turn his nose up at most treats, but he was lovely through and through.

“I’ve had lots of cats during my life, but Geoff really made his mark — and  I will always be grateful to him for his care that night.

Without him keeping me alert, who knows what might have happened?” 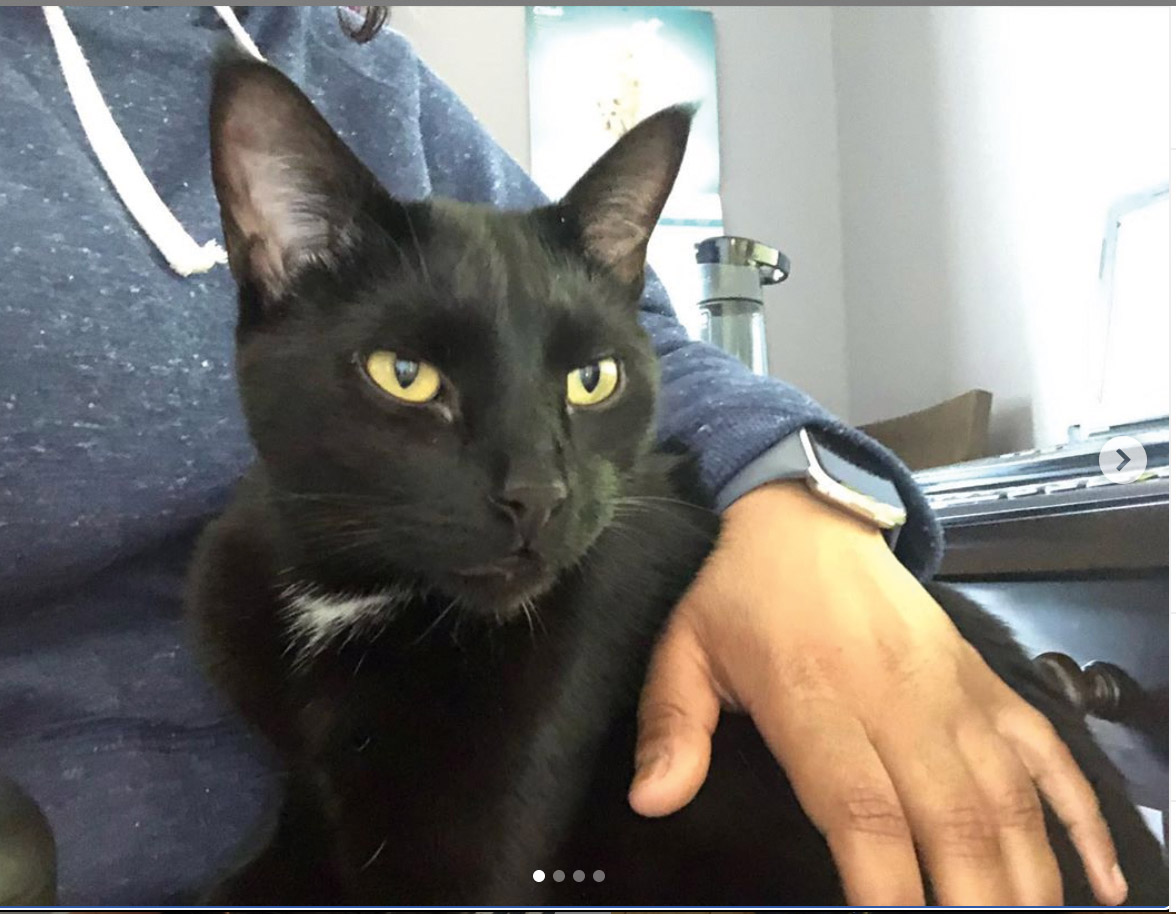 Joey is a hero.

There’s a beautiful black cat with a white patch on his chest on Instagram with the handle @joeytheHeroCat — and it’s a name he truly deserves. The inquisitive rescue cat turned feline firefighter when he woke his owners in the middle of the night to alert them to danger, saving their lives and also their home.

“It was a typical night, back in April,” said owner Scott White. “I was fast asleep at the time, as was my fiancée, Ashika Iqbal, and our puppy Weston.

“Joey is not the type of cat to bother us when we are sleeping but this particular night he was on my chest, in my face, and not acting like himself. It was so strange. Eventually his odd movements made me wake up a little, and as soon as I came to my senses, I could smell the burning in the kitchen.”

Scott, 30, of Newfoundland in Canada, found smoke everywhere. The slow cooker he had put on overnight had dried up and started to catch fire.

“When I woke up, the entire kitchen was in a haze and it was difficult to see what was what. The kitchen was very smoky. I had to take the slow cooker outside and we had to quickly open the doors and windows.”

As soon as Scott was awake and dealing with the dramatic events, Joey returned to his normal behaviour. “On the night, while I was trying to air out the house, he started to eat his kibble as if nothing had happened. Nothing seems to phase Joey. Regardless of what life throws his way, Joey just accepts it and continues on as normal.”

The couple had adopted Joey in December 2017 when he was about 14 weeks old. Scott,
a supervisor at an environmental company, said: “We wanted a black cat in particular, as they are often not adopted in Canada as they are associated with bad luck. But, if anything, they need to be linked to good luck because without Joey’s actions who knows what might have happened?”

Joey is extremely affectionate, greeting Scott and Ashika at the door when they come home and sits on their laps at every opportunity.

“I have several hobbies, and regardless of what I am doing, he will sit and watch,” says Scott. “I’m not certain if he believes himself to be my manager or my apprentice. We joke that he is a handy man, for if the toilet makes a strange noise or the heating system turns on, he runs to investigate.

“Joey really is a lovely cat and we are so glad we adopted him. At the time, we thought we were rescuing him, but it turned out that he would actually rescue us.”