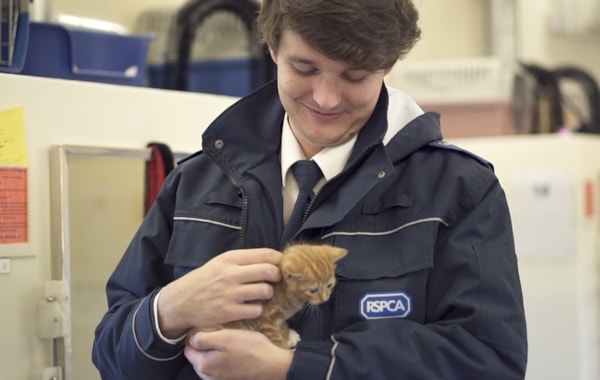 Forget John Lewis, Marks & Spencer and Sainsbury’s, the RSPCA is throwing its hat into the ring with the story of a young boy growing up doing all he can to help animals in need.

The RSPCA launched its Christmas video with a moving story which proves kindness lasts a lifetime.

The video - made entirely in-house by the RSPCA’s broadcast team and starring staff and friends who gave up their own time for filming - features a cover of Kings of Leon’s ‘Use Somebody’ and the charity hopes it will inspire all generations to be kind to animals this festive season.

RSPCA chief executive Chris Sherwood said: “When I first saw the Christmas video I must admit I was moved to tears. It’s a beautiful story and encapsulates the everyday work of the RSPCA.

“We hope that this touching film will inspire the next generation of pet owners and animal rescuers, and also encourage viewers to make a small donation to the RSPCA so we can help the thousands of animals who need us this Christmas.

“Every act of kindness can make a big difference. And we hope our heart-warming video and beautiful song will encourage everyone to think of the animals and help us help the thousands of animals who could be facing cruelty, neglect and suffering this Christmas.”

The launch of this year’s video supports the RSPCA’s Christmas fundraising appeal, Delivering Kindness at Christmas, as staff and volunteers prepare for one of the busiest times of year.

This winter the RSPCA is asking the nation to show kindness to all of the animals who don’t have loving families to spoil them this Christmas. Based on the last three winters, the RSPCA expect more than 10,000 animals to be taken into our care this winter*. More than 8,000 animals spent Christmas Day in the charity’s care last year.

This Christmas, the charity is asking the public to support its Delivering Kindness at Christmas campaign. To donate, please visit www.rspca.org.uk/giftofkindness.