After weeks of campaigning from some of the nation’s greatest pawlitical minds, the search for Battersea’s Purr Minister 2020 is over.

The much-loved animal welfare charity has today named Patrick, belonging to Speaker of the House of Commons, Sir Lindsay Hoyle, as the winner of their public vote.

Despite some fierce competition from his fellow ‘catidates’, Patrick’s ‘Manifursto’ pledges of ‘impurrtiality’, ‘a better work/mouse balance’ and ‘purrtection for all’ proved incredibly popular with the electorate.

Sir Lindsay Hoyle, Speaker of the House of Commons and Patrick’s proud owner, said: “While it is undoubtedly a bit of fun to receive this title for Patrick – and goodness knows we need it in these difficult times – I am so pleased it has been awarded by Battersea, whose work in helping animals in need is well known and deserves our full support. 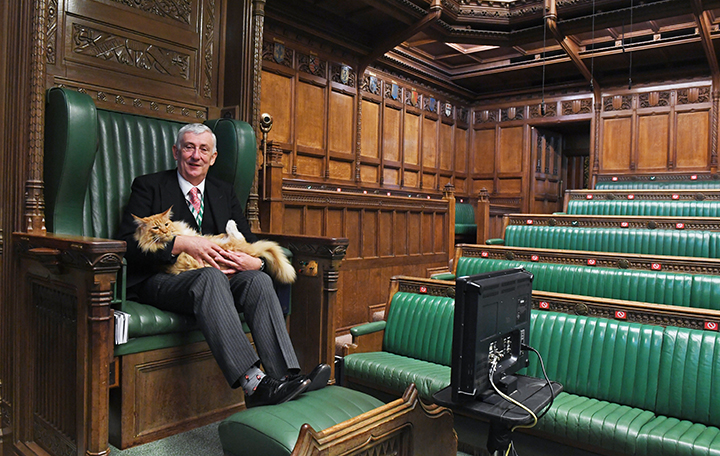 “Patrick was up against a tough field of well-loved cats, but I think his personality and beauty won over members of the public, who I must thank for all their support in electing him. Patrick is a big part of my family, and I love having him with me – be it in my constituency of Chorley, or in Westminster. He has already developed a reputation as ‘Commons mouser in chief’ - which in itself is a full-time job – but will do his best to continue supporting other animal causes, now he is Westminster’s Purr Minister.”

Battersea runs the annual Purr Minister competition to celebrate all of the things that make cats such great pets, as well as an opportunity to highlight vital animal welfare issues. This year saw a 200% increase in the number of votes since the last competition in 2018, making it one of the most popular Purr Minister elections yet.

Battersea’s Head of Catteries and Feline Welfare, Lindsey Quinlan, said: "We have been blown away by the amount of public support this year’s candidates have received. Every cat was clearly very special and had something to offer as the next Purr Minister, but the people have spoken and we are thrilled to name Patrick as the winner.

“In what has been a very complicated year for everyone, we hope our fun competition has provided some light relief, while also highlighting important animal welfare issues and the vital work Battersea is doing to help animals in need.”

The other ‘cat-idates’ in the running for Purr Minister were:

For further information about the competition or to find out how you can support Battersea’s work with cats, please visit www.battersea.org.uk