The inside story of Walter — the kitty in the window 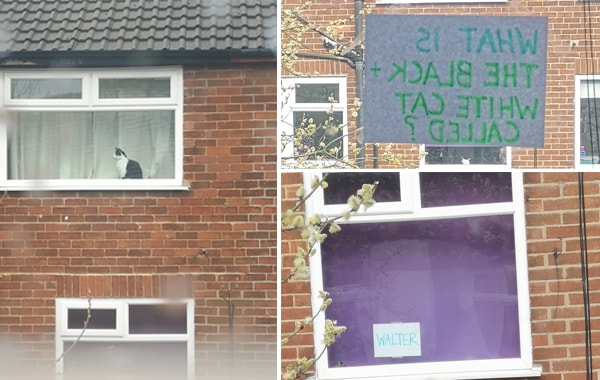 We may be confined to our homes at the moment, but our love for cats continues to bring us all together. The story of Walter went viral when his neighbour spotted him chilling in the window and wanted to know his name.

The neighbour, Sian, taped a hand-written message to their window asking the cat’s name and Walter’s owner responded with her own hand-written poster (as seen in the picture).

The neighbour shared this on social media and Walter has become a sensation — with the story getting over 260,000 retweets and shares! He now has his own Instagram account which has boomed to over 9,500 followers already. So we tracked down Walter’s owner, Hannah, for the inside story of the kitty in the window…

Q) Do you remember how you and Walter first met, and how did you decide on the name?

We first met Walter in December 2019 when we visited our local Cats Protection centre. He was very timid at the time and wouldn’t really interact with us. I think the people working at the shelter were surprised when we took a shine to him!

The name was a difficult decision, because we weren’t sure if we should change it, but we also didn’t know what would suit him. We decided we wanted it to be a ‘human’ name so we went through lots of ideas. My partner is a huge fan of the film The Big Lebowski so he suggested Walter after one of the characters, Walter Sobchak. Once we tried it out, it just stuck with both of us!

Q) It’s very important for people to stay home and stay safe at the minute, as an indoor cat, how is Walter finding his increased human company?

He’s definitely using it to his advantage! He seems to wholeheartedly believe that we are here solely for the purpose of feeding and entertaining him, and gets confused when we ignore him to try and get some work done. We’ve probably spoiled him a bit too much since we’ve been at home more but he does seem happier and we’re getting more sleep than usual! 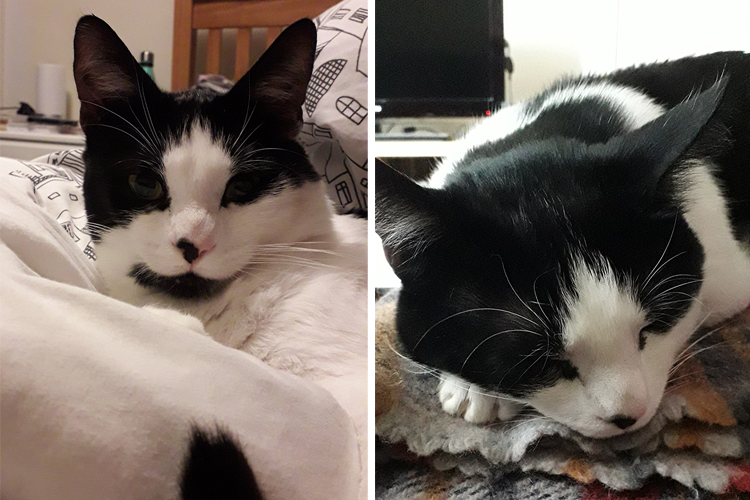 Q) Walter’s Instagram page has followers from all over the world – do you think the fame is getting to him yet?

Well, we might be imagining it, but it does seem like since all of this happened he has become much more of a diva; he’s been very vocal the past few days and seems to want much more attention from us!

Q) What do you think Walter would want to say to all of his fans?

I think he would want to say thank you for all of the attention and then probably go back to sleep!

Q) As an indoor cat, Walter has experience of how to keep himself entertained, do you, or Walter, have any advice for people currently self-isolating or social distancing with their cats?

Walter is definitely confused by the change of routine, so I’m sure other cats are too. The biggest problem will be when everyone goes back to work so I’d say (and I’m sure Walter would do), try to keep things as normal as you can, going to bed at the time they’re used to and feeding them at the same time. And if the cat wants to be left alone in a quiet spot, leave them alone!