Can I feed my cat a vegan diet? 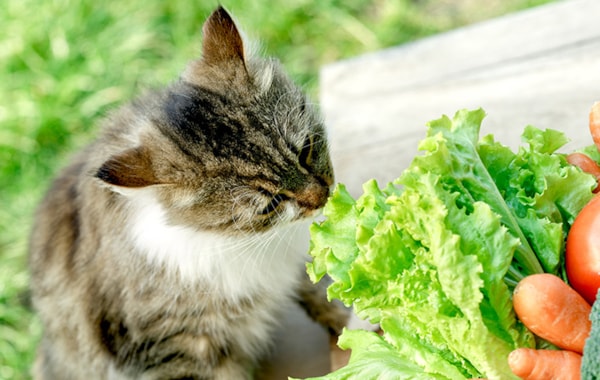 While the benefits of humans having a completely meat-free lifestyle are proven, experts are warning that we cannot force this trend onto our pets. Science writer Marie Harrison reports.

Vegetarian and vegan diets are having a moment. Whether for ethical, health, or environmental reasons, people are choosing to eat less meat. Demand for vegetarian and vegan food has increased by 350 per cent in the UK over the last 10 years, according to the Vegan Society, and popularity is growing. But, while there are genuine benefits for humans to consume more vegetables and less animal-based products, the same cannot be said for cats.

The fact that cats need meat won’t be a surprise to many owners. Despite this, there is a growing trend for vegetarian pet food in the UK and overseas. But, is it possible to keep a feline healthy on a plant- and grain-based diet? 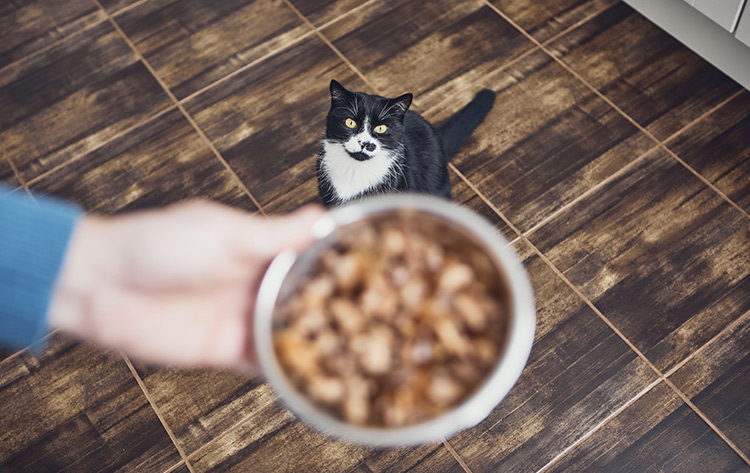 Why do cats need meat in their diet?

All cats are naturally carnivores. But, unlike dogs, which have been domesticated for so long that their physiology has changed from their wild wolf ancestors, cats are still obligate carnivores. This means they evolved to eat meat by necessity.

You only have to look inside a cat’s mouth to see the evidence that our furry friends are designed to hunt and catch their own prey. Their teeth are perfect for ripping and biting; they don’t have flat molars for chewing, like humans. Their sharp teeth are there to cope with flesh and bones. Given the chance, a cat will hunt and eat small mammals, amphibians, birds, and reptiles, even insects.

In fact, all of our pet cat’s biology shows their evolutionary history as a predator. Their retractable claws used to grasp prey, highly tuned sense of smell and hearing to seek out small animals, and excellent night vision adapted for detecting movement.

While they might chew on grass, they do not gain sustenance from it — chewing grass helps remove irritating hair from their throats. Meat is essential for cats because it contains the nutrients they need to stay healthy. The main ones are taurine, fatty acids, and vitamins A and B12.

While omnivores can absorb nutrients in both meat and vegetables, cat biology means most vegetables remain undigested. However, if you read the packaging on most commercial cat food, you will often see extras like cranberry and pumpkin, and many have grains included. Some also seem to have a very low percentage of meat.

It can be argued that a lot of vegetables and grains are just fillers. While they are a source of fibre and some vitamins, cats have a limited ability to digest carbohydrates, meaning that vegetables and grains should not be a primary component of their diet. Better quality diets tend to have a higher meat content, fulfilling a cat’s requirement for a diet high in protein. 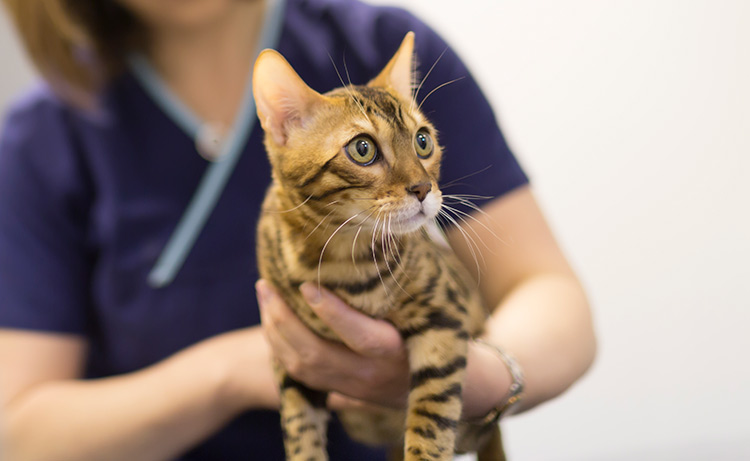 What could happen if I don’t feed my cat meat?

However, some people insist on feeding their pets exclusively on vegetables, for similar reasons people go vegan. But, as cats have no voice to choose, is avoiding meat ignoring their nutritional requirements?

A vegetable broth is unlikely to be palatable to a cat. If they have access to the outdoors, they may source their own food by hunting or begging from neighbours, anyway. Cats are rather good at finding their own food.

Those indoor cats with no access to the outside may refuse to eat a vegetarian meal and go hungry. In part, because cats are small animals, they cannot go as long as we can without food, and may suffer liver problems as a result.

But what happens if a carnivore eats a meat-free meal? The consequences can be serious. In 2013, a kitten in Australia was rushed for emergency veterinary care. “It was extremely weak and collapsed when it came in,” says vet Leanne Pinfold, from Melbourne, who treated the cat. She discovered the vegan owners fed their kitten only potatoes, rice, and pasta. After Leanne told them to feed their kitten meat, it recovered quickly.

In 2018, blogger Sonia Sae was vilified for feeding her pet fennec fox, Jumanji, a vegan diet. In the wild, a fennec fox’s diet is 90 per cent meat. Internet users noticed the deteriorating health of Jumanji, but Sae was adamant that the lack of meat was not to blame. Sonia stated on her Instagram: “Modern science permits carnivore animals to receive all of their vitamins from a victimless source.” Animal rights groups continue to investigate her case.

Sonia’s claims are supported by some manufacturers making plant-based pet food. Damian Eadie, who runs a UK business selling vegan pet food, told the BBC it was possible for pets to do without meat. “Most people have an apoplectic fit when they hear about pets being given vegan food,” he said. “Any animal can be fed a vegan diet if you can source the nutrients appropriately.”

But, does science back up his claims? There have been few studies into plant-based cat food. One review by the University of Winchester concluded that vegan food could work for cats with no underlying health issues. However, it also found that even healthy animals had more alkaline urine while on this diet, due to the natural alkalinity of plants. High alkaline urine is a serious issue, particularly in neutered male cats. Left untreated, it causes pain, swelling, obstructions, and even death. 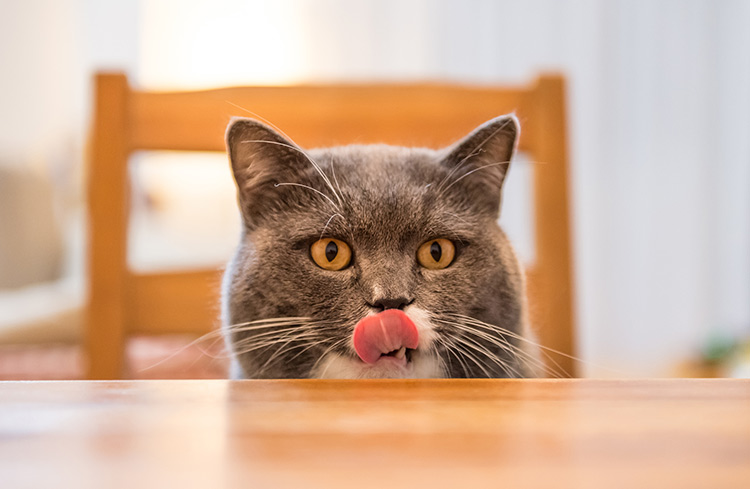 Will my cat become ill if I feed him a vegan diet?

The largest animal welfare organisation in the UK, the RSPCA, gives clear advice for owners: “Cats are strict carnivores as they depend on some very specific and vital nutrients that are found in meat so can become seriously ill if they are fed a vegetarian or vegan diet.”

The consensus is that using these products constitutes experimentation on your pet. It may work out, but it might not. And the consequences can be dire. Rather than trying to alter a feline’s natural needs, pet owners should remember that they are sharing their home with an obligate carnivore. If owners are determined to try plant-based cat food, they need to accept there is a risk to their cats’ health. 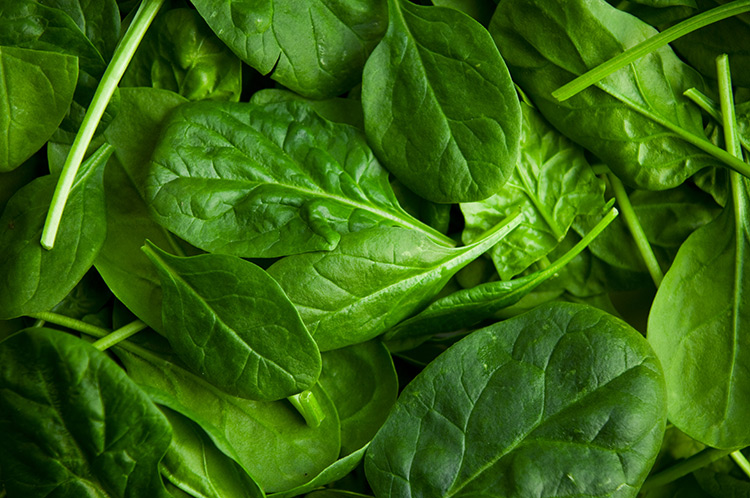 It's very unusual for a cat to be interested in eating spinach! Because they are obligate carnivores, cats’ digestive systems are not evolved to deal with eating many greens, and they don’t have the enzyme systems in their bodies to break down and use some plant foods. The problem with spinach, in particular, is that it contains calcium oxalate, which can cause crystal formations in a cat’s urinary tract. This is the reason that cats shouldn’t eat spinach — and they probably wouldn’t want to either!