Does my cat have food allergies? 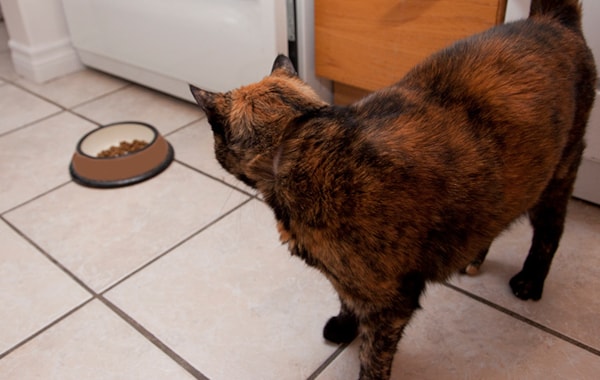 Is your cat showing signs of having a food allergy? Read our advice on how to know whether your cat has allergies to certain foods.

'Food allergy' is a term which is often misunderstood and incorrectly used. It refers to an adverse reaction to a dietary ingredient which has an immunological basis, i.e. the body's response involves the immune system.

However, reactions to food can also involve 'intolerances' and responses to toxins in which the immune system doesn't play a role. An example of an intolerance might be a cat's inability to properly digest milk, due to a lack of specific lactase enzymes. 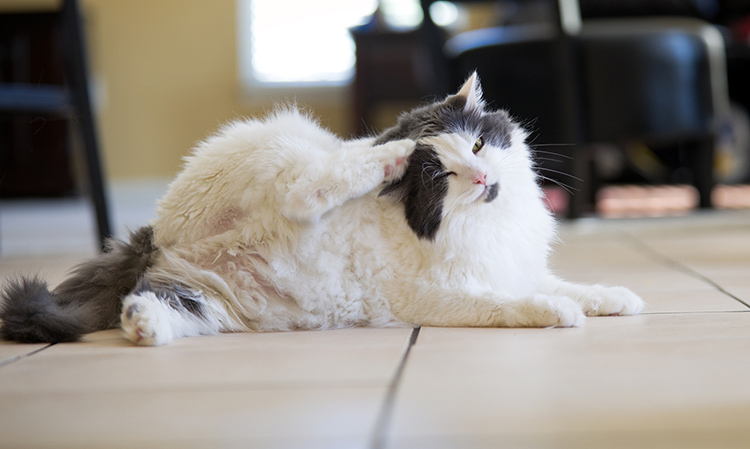 What signs will my cat show if he has a food allergy?

Adverse food reactions usually make themselves known in two ways: either in the skin or in the gut. Skin signs most commonly include severe itchiness, often around the head, neck and ears, sometimes along with other skin problems such as eczema, scabs and ulcers. The cat might also develop hair loss, often on the legs, tummy and groin, which is usually caused by over-grooming due to itchiness. Sometimes the skin can just look bald without any other problems.

Do note, however, that these same signs can also be caused by other allergies, the most common of which is fleas.

Gut problems can be manifested in several ways, including diarrhoea, vomiting, weight loss and colitis. Some have multiple allergies, for example to both fleas and food, and some might show both skin and gut problems.

It's not known how exactly adverse food reactions occur.

It's thought that at some point in a cat's life, if the intestinal wall is damaged in some way, then certain proteins can cross the normally impermeable gut barrier. The body identifies these ingredients as alien and primes the immune system. The next time the ingredient is eaten, the body recognises it and delivers an immunological response, resulting in a reaction seen in the skin or gut. This can happen at any time during an animal's life and there are no known patterns relating to age or sex, though the Siamese has been reported to be at increased risk. 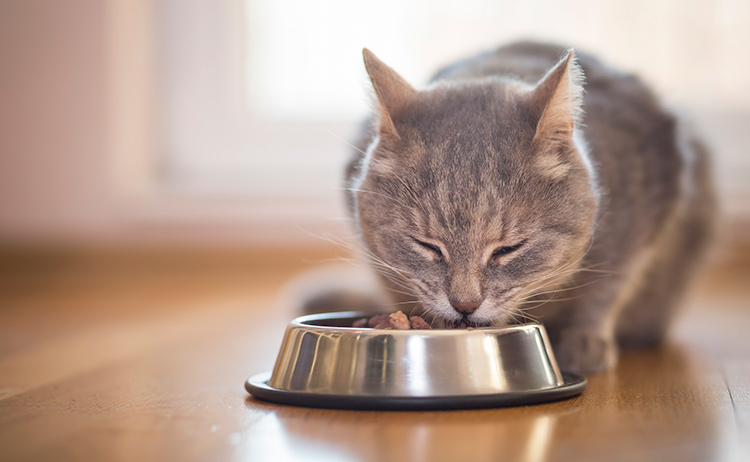 What can cause my cat to develop a food allergy?

In cats, the most commonly implicated ingredients are beef, dairy products, fish, chicken and lamb.

However, the nature of most commercial pet food makes identification difficult as many foods have a wide range of ingredients. The only way to reliably diagnose a food allergy is by an elimination diet trial under supervision of a vet. Blood tests and skin prick tests do not give reliable results.

For a cat to develop an allergy to a food, he needs to have had previous contact with that ingredient - most often it's been long-term contact, and it's normally an ingredient that has tended to make up the bulk of the food. So, although chicken seems a realistic protein to be allergic to, tomato paste, peas, and potatoes are unusual! Also, when a food allergy shows as a skin problem rather than a digestive upset, it's less usual for there to be multiple allergies. 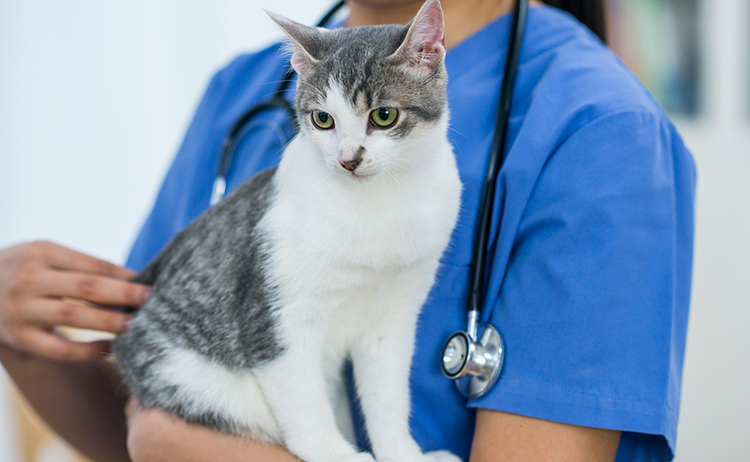 How do I identify a food allergy in my cat?

Blood testing isn't an accurate way of identifying a food allergy. Feeding exclusion diets (where the protein is excluded for some weeks) is generally agreed to be the best way to diagnose a food allergy, although it's not always possible to wait that long if your cat is suffering now. There are also many kinds of hypo-allergenic diets, so it is hard to gauge how effective the product you are feeding is likely to be.

From a nutritional point of view, it is recommended you speak to your vet about an allergen-free food in which the ingredients are broken down into such small molecules that they don't provoke an allergic reaction - often referred to as 'hydrolysed'. You don't necessarily need to feed this long-term, but if you see your cat improve on this it will provide much better evidence for a food allergy being the cause of the skin disease.

If you haven't already had a referral from your vet to a veterinary dermatologist, this would also be recommended. Many skin cases are very complex and can sometimes require a long course of treatment so it is important to ensure that you are on the right track.