Help! My cat only likes me when he's hungry! 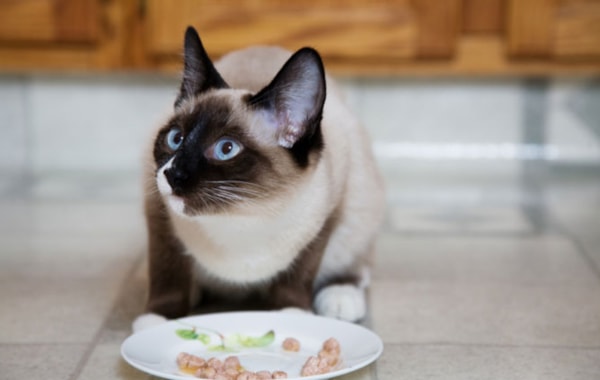 Cats vary in their sociability and need for contact with people, explains behaviourist Jon Bowen.

(Q) I have taken on a very nervous rescue cat who will only come close to me if he's hungry. He makes a big fuss of me before he gets his food, but after he has eaten he's not interested at all. I try to stroke him but he just lashes his tail and walks off. Can you help?

(A) Behaviourist Jon Bowen says: Cats vary in their sociability and need for contact with people, and it is possible that your cat is just a very independent sort who prefers not to be handled. However, it is equally likely that he has found the process of rehoming difficult, and he needs more time to get used to you.

Years ago I had a cat called Oscar, who I took on because his owner was going into care. I had known Oscar for years, but when he moved in with us he was very shy and reserved. It took six months for him to reach the point that he would sit next to me and slowly blink his eyes at me. However, if I tried to stroke him he would take offence and wander off. It took about another six months of leaving him alone for him to get to the point of sitting next to me with his front paws on my lap, and about the same again before he finally sat on my lap. Even then, he only wanted to sit on me; he didn't want to be touched or stroked and he hated being picked up.

After a couple of years, Oscar would let me stroke him on the head a couple of times when he was rubbing against me, but all other contact remained off limits. The message from this is that cat culture and human culture are very different. For a cat, the highest compliment is to rest close to a person. Being stroked or picked up are things that some cats tolerate, others like and a few hate.

The best way forward with your cat is to give him space and allow him to come to you. The more you try too hard to stroke and pick him up, the less he will trust you and the longer it will take for him to become the companion you want.

So, find the things he likes and do more of them; talk to him, give him treats, and find out the games he likes to play. Resist the urge to handle or stroke him, so that his confidence builds.