Why does my cat hate the local stray? 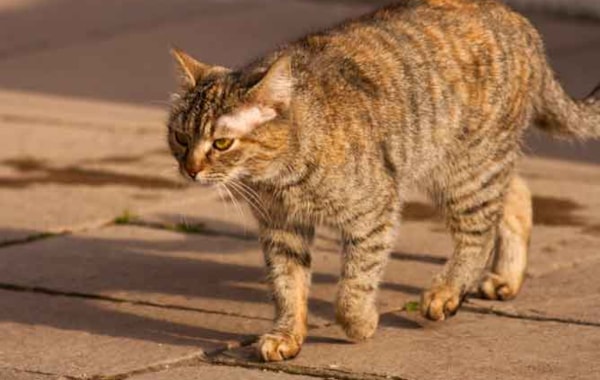 Some cats are very keen to make friends with other cats, and some are more independent and aloof.

(Q) My 17-year-old cat Smokey recently befriended a female kitten outside. They seem to have a real bond. However, I also feed a male stray that Smokey is very aggressive towards (though the young stray backs off quickly). Why is my cat friendly with one cat and unfriendly to another?

(A) Behaviourist Jon Bowen says: Cats vary in their sociability with some being very keen to make friends with other cats, and some being more independent and aloof. Cats who don't have a particularly sociable personality prefer not to live in groups or even in close proximity to other cats. Likewise, not all humans are party animals!

When they are under two years of age, cats seem to be more receptive to forming new friendships. As they get older they become less open-minded about other cats. In last year's Neighbourhood Cat Campaign, we found that middle-aged cats were most likely to get into conflict. This makes sense because in middle age cats are focused on holding onto the territory and resources they need to succeed and reproduce.

The friendships cats make are highly individual, just like ours. While we befriend and choose to spend time with some people, we may intensely dislike others. Cats can also become very closely bonded to another cat, dog or person. I don't think cats are particular respecters of age, and the main reason that the young stray male backs down when Smokey attacks him is because he recognizes that Smokey means business! Cats generally don't like to get into scraps unless they have no choice, and young cats often lack the confidence to take on another cat.

It is great when cats form friendships, but it's not so great when we feed local strays and attract them into our cat's territory. This can be an immense source of stress, especially for an older cat. I would very strongly advise that you don't feed or encourage this stray cat anywhere near your home. Either call a charity so he can go through a neuter and homing scheme, or find a way to feed him well away from your garden. Otherwise there will come a point when this young male cat will not be willing to turn the other cheek, and it will be Smokey who is forced to flee.