Linda and her rescue Joel give KatKin 5 stars!

Joel came into our life through fostering. When he arrived he was at death’s door, emaciated, damaged teeth and covered in flea bites. Thankfully, he trusted us and jumped straight on our laps, so naturally we fell in love and adopted him. And so started the long road to recovery for this scrawny little love bug...

Joel was a picky eater, so we started an almost never-ending search for the ‘perfect food’: one with high meat content; good quality; low in grains and fillers; affordable; convenient, and something that he likes to eat. Then we came across KatKin.

KatKin’s meals matched all of our requirements, and even better, they delivered straight to our door! The food is prepared into daily servings (one pouch per day) with calories tailored to Joel’s level of activity, his age, current weight etc. This method of preparation makes it easy to keep track of how much food we give him. We also loved that it was made in the UK too (which helps reduce food miles).

Get your own KatKin trial box 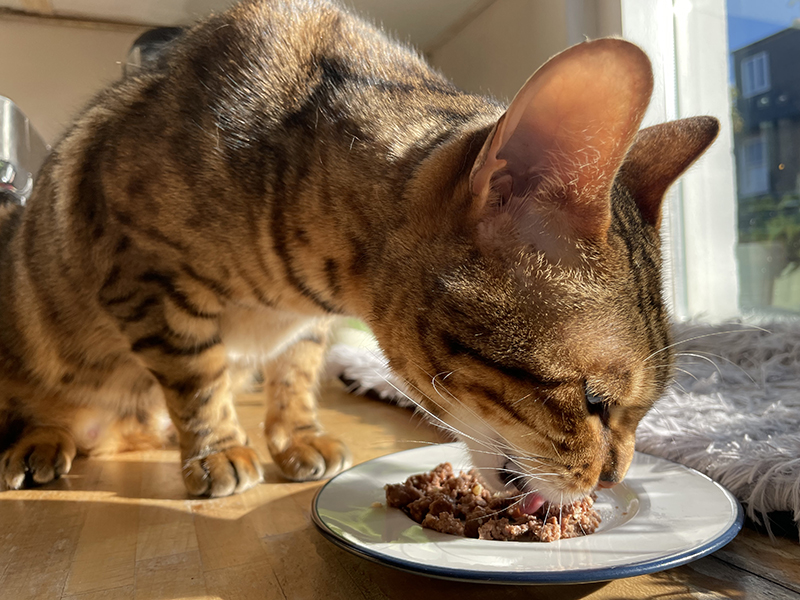 Want to see the same transformation in your cat? Switch to KatKin’s 100% premium meat cat food today. Just use the offer code YOURCAT20 to get 20% off your first two boxes at www.katkin.club.

The trial box arrived a couple days later: was Joel going to like it?

The pouches were delivered frozen and wrapped in compostable insulation (so they don’t thaw if delivered whilst you’re out). The box even had ‘Joel’ handwritten on top of it, which was a lovely personal touch. We popped a few in the fridge, one in warm water to defrost and the rest in the freezer. The pouches are thin squares, so they fit in all the nooks and crannies, which is handy for us as we don’t have much space in our freezer! The most noticeable aspect of KatKin is that it looks and smells like real meat should. The beef pouch (aptly named ‘Mooo!’) smells of a home-cooked stew (because it basically is!). Joel devoured it. It was super easy to continue with KatKin, as he quickly transitioned to their meals.

There’s a huge variety of flavours available too, ranging from duck, to turkey, to fish. It took about 2 months (2 boxes) to nail down Joel’s preferred flavours, and we have now tailored his pouch selection to those favourites. The food looks so fresh and tasty, so I’m not surprised that since being on KatKin he now eats his meals consistently. It has been such a relief and much less stressful to have finally found a food that is species-appropriate and devoured by my little fur ball.

The additional benefits of the high-quality nature of KatKin came about 4 to 6 weeks later. Firstly, his poops, which originally had quite the whiff since his early sick days, became smaller, firmer and a lot less pungent! We can’t tell you how much of a relief it is not to have to leave the room and air it out after he has been to use his litter box.

The other unexpected benefit is how much healthier Joel is. His coat had improved since his rescue, but after switching to KatKin his fur got thicker, shinier and extremely soft. His whiskers grew longer and fuller. He searches for food a lot less, generally has more energy and overall, just looks stronger. Due to the easy portion control of ‘a pouch a day’, Joel has slowly gained his weight back and has now been at a healthy weight for months. 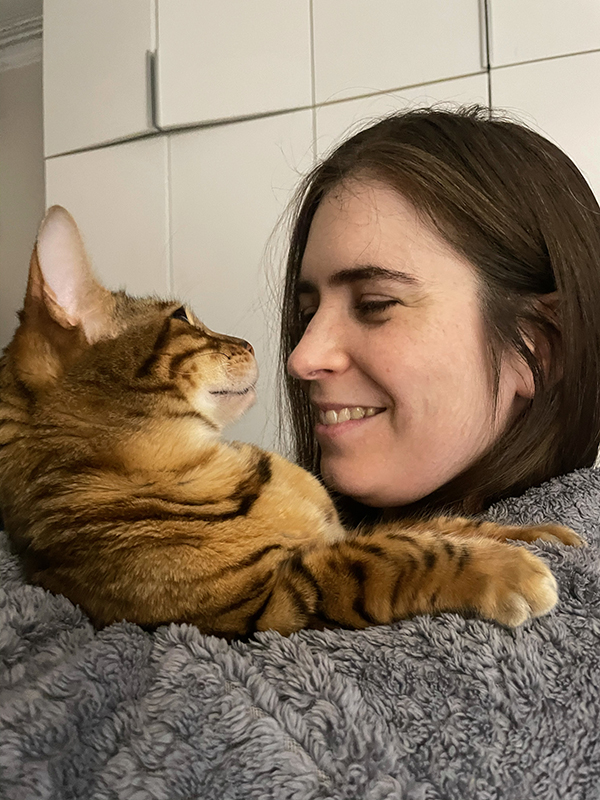 Thanks so much KatKin: we’re happy cat parents!