Am I allergic to my cat? According to the charity Allergy UK, some 35 per cent of pet owners are actually allergic to the animals in their lives, with cat and dog allergies the most common ones. That adds up to an awful lot of sneezing and discomfort! We take a look at what can you do about it...

If you know you suffer from allergic conditions, such as hay fever or asthma, you might feel that the only answer is not to have a pet — but is this true? And what happens if one family member has an allergic reaction and the others are fine? Or if you are in a new relationship and everything goes well until your new partner meets Fluffy or Jess and the result is wheezing and streaming eyes and nose? 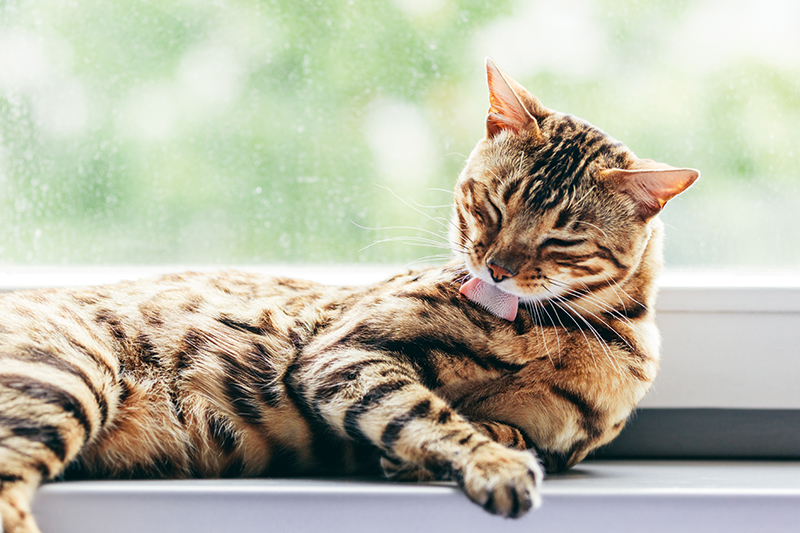 Cats will spread the allergen on their fur through grooming.

Pet allergy is the second most common allergy in Britain, after house dust mites. It’s sometimes assumed that it is your pet’s fur that causes the reaction, but that isn’t the case. The allergen, or allergy-producing substance, is actually a protein called Fel d 1, which is found in cats’ sebaceous glands.

When your cat washes itself, this protein becomes attached to the hair, dried skin particles, and saliva, and spreads easily into the environment. For most people, this causes no problems. For those who have an allergic response, symptoms soon appear. These may be relatively mild or quite severe, and can include red, itchy, watery eyes; a runny nose; sneezing; breathing difficulties; and a skin rash. Hay fever sufferers and those who have allergic asthma are especially at risk of cat allergy, although it can develop in others too.

Cats Protection has a useful leaflet on its website which explains that most allergies develop in children and teenagers so that if you have always lived with a cat, it’s less likely that you will develop an allergy as an adult, although this can happen. 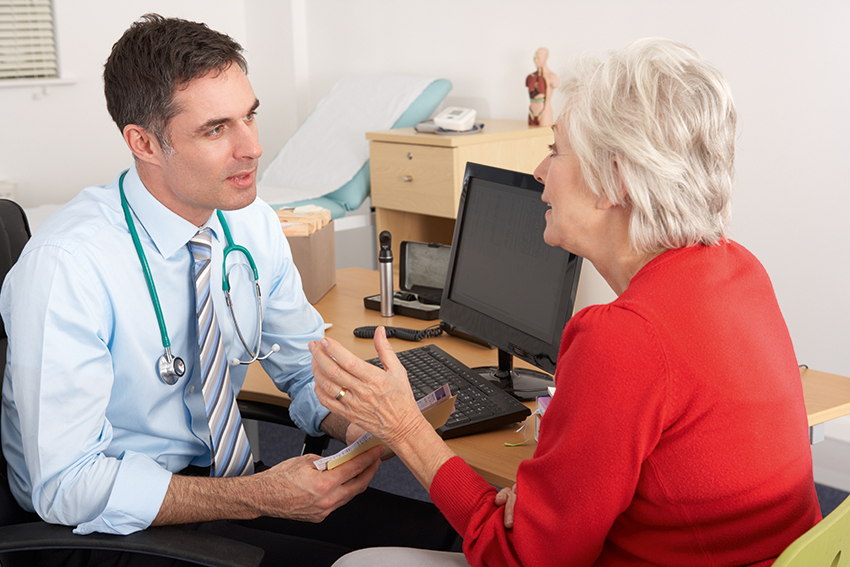 Discuss your allergies with your GP.

What is an allergic reaction and why does it happen?

An allergy is an inappropriate response by the immune system to a substance which in
non-allergic people is harmless. Our immune systems are designed to respond in this way to genuine ‘attackers’ like viruses and bacteria. They then produce a quantity of the allergy antibody Immunoglobulin E (IgE) which produces the allergic symptoms listed previously.

If you, a friend, or a member of your family does develop these sorts of symptoms, the first thing to do is to be as sure as you can be that the cat is the cause! There are many other possible causes of allergic reactions, including house dust mites, plants and flowers, pollen, mould, perfume, household chemicals, and other substances, so it’s always worth making sure that you are dealing with a true cat allergy. Make the first point of call your GP to see what can be done to help, particularly if the person concerned suffers from hay fever, asthma, or any other allergic condition. The patient may be referred to a specialist for a blood test or skin-prick testing to see whether the problem can be identified and treated.

We have been speaking to cat lovers to find out how they deal with a cat allergy.

Joan lives in a village in East Anglia. She retired recently and planned to adopt two bonded kittens, “so that we could have them for the whole of their lives!” she says. Joan had always had allergy problems, especially reacting to newly-cut grass, pollen, and insect bites, but was able to be with her son’s cat without any flare-ups. However, when she adopted two kittens from her local Cats Protection branch, it was a different story.

“Within three days, my eyes and nose started running and I developed sinusitis,” she says. “It was like having a permanent cold and I was in a lot of pain. Whenever the kittens climbed on to my lap, my skin began to tingle too. Both my husband and I adored them but I started feeling so poorly we didn’t know what to do for the best. I took anti-histamines which helped a bit, as did wiping them down, hoovering every day, and cleaning the house from top to bottom, but I could never really cuddle or play with them as I longed to do. It didn’t seem fair on them to have to be lifted off my lap when they jumped up.

“After a few weeks, we had to tell the Cats Protection team that we would have to rehome them, which was heartbreaking. They were very understanding and told me that they had found another lovely home for them, but I was so disappointed I couldn’t have cats in my life!

“I still have no reaction to my son’s cat, though, or to some of the local cats I meet on the street. After doing some research and talking to friends and my GP, I learned that allergies are very individual things and there might be a chance I could find a cat like my son’s, which I could tolerate. I’m still on
anti-histamines which seem to be helping my garden allergies. I’ve been in touch with a couple of local cat rescues who are looking out for another cat for me.

“I would have to go and spend some hours with it before thinking about adopting, to see what sort of reaction I had. I would hate to be disappointed again! My doctor says the medication I’m on might be building up my resistance, so I’m hoping that the right cat for me could be out there somewhere.”

●  “I had to have a course of de-sensitising injections”

“I never had an allergic reaction to Smokey, the family cat I grew up with, but after she died, a neighbour’s cat used to visit and brought me out in hives,” says Sandra, from Manchester. “In my teens and twenties, I seemed to develop allergies to cats and dogs, and lots of other things too. In the end, I had to have a course of de-sensitising injections and they did work. I don’t have any problems now although I haven’t got a cat at the moment.”I used to wheeze
a lot”

Marian, from Essex, has a much-loved cat she adopted several years ago in spite of her allergies. “I have to remember to wash my hands after I’ve stroked her,” she says. “If I forget, my face comes out in blotches and my eyes sting. As allergies go, though, it could be worse — I have a very severe reaction to bell peppers, for example! With Gem, when my reaction was at its worst, I used to wheeze a lot, but that improved after I stopped her sleeping on my pillow.

“I used to use her flea comb on the sofa, where I was breathing in all the allergens. Now, I only use it by an open door. Luckily, she loves being groomed and it gets rid of loose fur and dander so I have fewer symptoms.

“I love her to bits, though, and used to tell her, in between gulps of air, that if one of us had to leave home it would be me!” 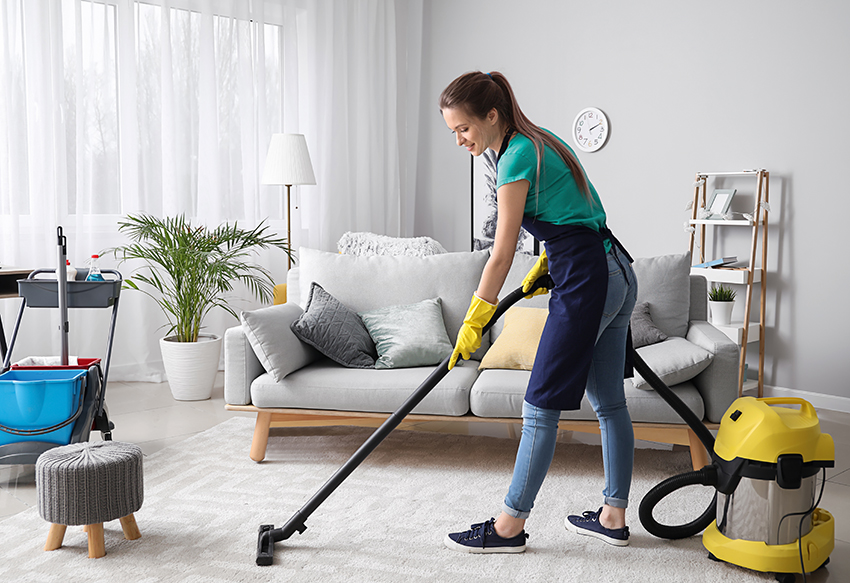 Regular cleaning can reduce the amount of the allergen in your home.

There are medications which can help, some of which are available without a prescription, including antihistamines, nasal sprays, and eye drops. Asthma inhalers can also be useful. Before taking any type of medication, be sure it is safe and get the advice of your GP.

There are options to help reduce the impact of allergies. You might choose to:

● Take medication to deal with your symptoms, if not too severe.

● Investigate some of the recently developed products for your cat such as Petal Cleanse, an anti-allergy coat cleaner which is approved by Allergy UK, Cats Protection, and the RSPCA. Owners are recommended to brush or comb their cat thoroughly first to remove loose hair, then apply the cleaner to the cat’s fur on a damp cloth before drying it with a towel. A once-a-week treatment is advised and the manufacturers say that if you don’t see an improvement in your symptoms after three weeks, you should consult your GP.

● Try your cat on Purina’s Live Clear cat food which is advertised as the world’s first allergen-reducing cat food and is said to reduce allergens by 47 per cent.

Allergens from your cat will remain in the environment so there is also a lot you can do to keep your home as allergen-free as possible. The charity Allergy UK has a lot of suggestions, some more practical than others. They suggest keeping your pets outside as much as possible, definitely keeping them out of your bedroom, and not allowing them to sleep on soft furnishings. Bathing your cat is another suggestion! You could, however, make sure you wash the cat’s bedding regularly on a hot wash, use a vacuum cleaner with a HEPA filter around the home, and replace thick carpets with wooden or vinyl flooring.

Grooming your cat outside, washing your hands regularly after stroking her, and remembering not to rub your eyes after contact can also help, as can damp dusting. 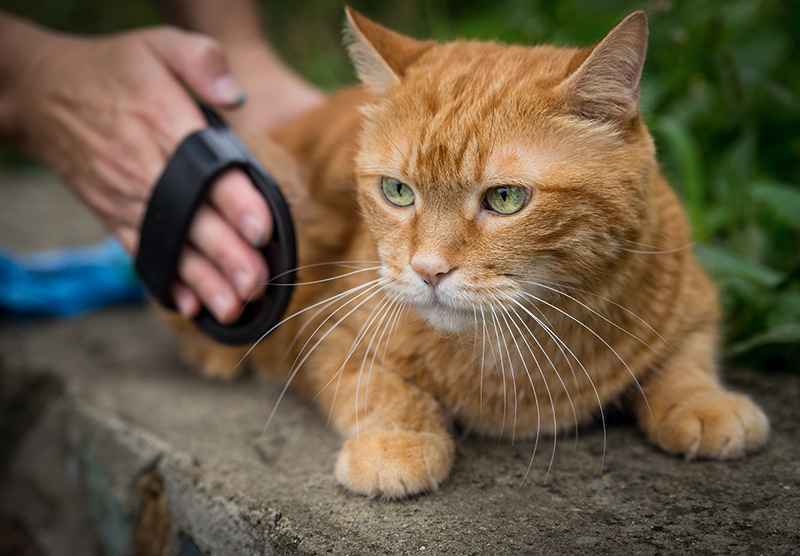 Grooming your cat outdoors can help reduce the spread of the allergen.

It is sometimes suggested that choosing a particular breed of cat will lessen the likelihood of an allergy, but both Allergy UK and Cats Protection say that as far as is known there are no truly non-allergenic cat breeds. Some individual cats seem to produce less of the Fel d 1 protein but it’s not really possible to predict which ones. Female cats are supposed to produce less of the protein than males, and neutered males less than entire tom-cats — but nothing is guaranteed.

Ultimately, cat owners have to balance out the huge benefits of having a feline companion against the misery of allergic reactions!