Installing a cat fence in your garden can give your cat a safe outdoor space to enjoy. But how difficult is it to do? Karen Bush recounts her own experience.

While everyone else was cleaning out cupboards and honing baking skills during lockdown last year, I was doing something much more important: installing a cat containment system in the garden!

Which cat fencing system should you use?

I spent a lot of time online looking at the different systems on offer. As you never quite know what you’re going to end up with when buying virtually, I spent at least as much time viewing YouTube videos as looking at websites and reading reviews.

Ultimately, I chose the ProtectaPet fence top barrier; one of the more expensive bracket and netting options, but best fitting my requirements. As I was doing the work myself without any of the assistance available due to lockdown, ease of installation was also one of the deciding factors. The manuals and video tutorials also had lots of handy tips, as well as very clear instructions.

You need a few basic tools including a drill, screwdriver, scissors, staple gun, cable ties (lots), and a ladder. You can if you wish, buy mesh cutting scissors, cable ties, and cutting pliers at the same time as you order your fencing kit. A supply of patience and a degree of manual dexterity also come in handy! 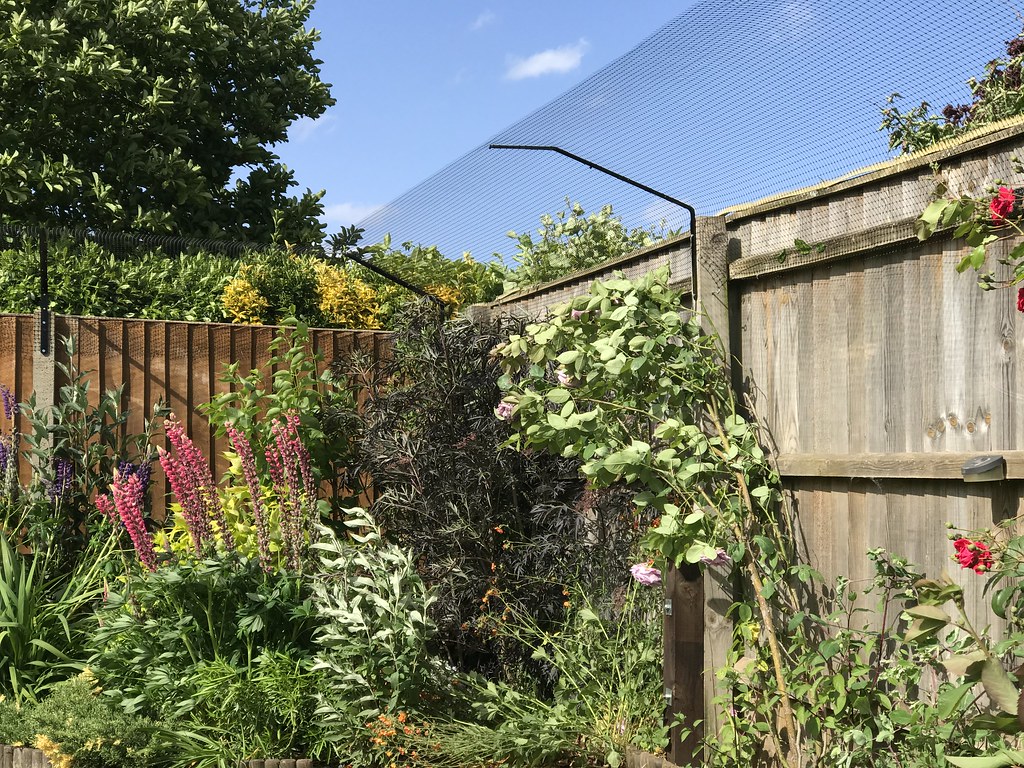 As far as appearance goes, a friend commented that my garden would look like a prison when I’d finished, and I secretly worried that she might be right. In reality, it’s far from the case. Although the mesh is black, it’s not at all oppressive. It did become a leaf trap during the autumn, but a daily round removing them for a few weeks was a small price to pay for security and peace of mind.

Like wet leaves, snow can also be heavy and make the mesh bow, but was easy to gently dislodge with a long-handled soft broom. Most importantly of all — yes, it works!

Life as a free-roaming cat can be full of dangers, not only from traffic, but also other cats, especially where feline populations are dense and bullying and brawling happens on a daily basis. Using a fencing barrier to keep your cat contained within your garden doesn’t just enable him to have a fulfilling, enriching, and safe outdoor life — recent research by academics at the University of Lincoln indicates that it can actively contribute to his happiness. As well as previously indoor-only cats benefiting from being able to go outside into a safe, contained area, so surprisingly, did those who were accustomed to free roaming.

As well as reducing health issues and injuries from mixing with other cats, free-roaming cats were more relaxed in themselves and took a greater interest in spending time interacting with their owners. Rather than fretting that depriving your cat of his freedom to roam far and wide is mean, it would seem that by securing your boundaries you may in fact be doing him a favour and removing a lot of stressors from his life. 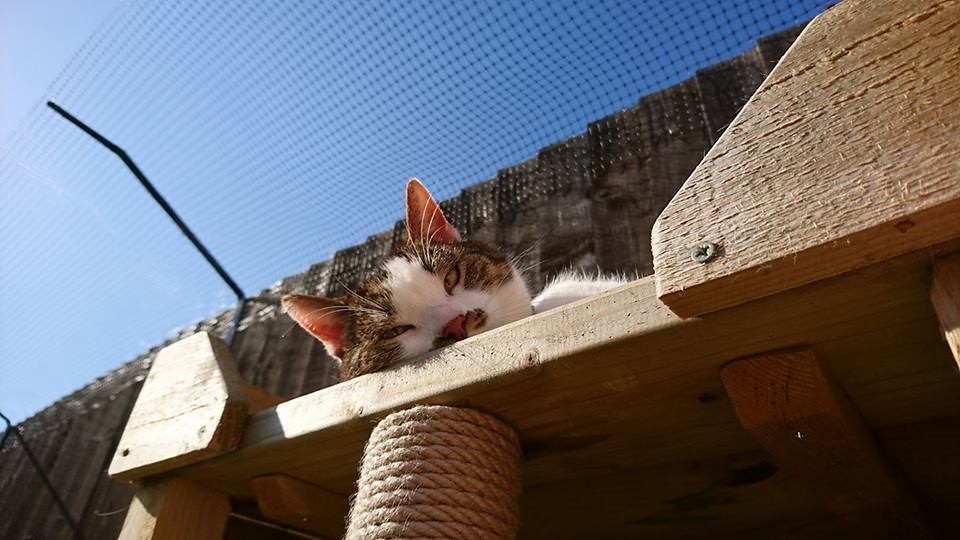 The idea for ProtectaPet came about after Eve and Simon Davies lost their young cat Lola in a tragic accident. Although the couple tried to keep her safe indoors as a house cat, Lola was full of curiosity and determined to explore the world outside, jumping through windows or slipping between legs every time a door was opened. At just two years old, Eve and Simon’s worst fears were realised when Lola was hit by a car. Determined that it wouldn’t happen again, Simon used his knowledge of product design and engineering to create an effective escape-proof fence top barrier to keep Lola’s brother, Leo, safe. “It was life-changing for us to go from that tragedy to being able to come home each day knowing that he was safe in the garden,” says Eve.

Friends started asking them to create containment systems for their gardens too. Before long, helping out other cat owners in their spare time had grown into a full-time business offering a flexible range of containment solutions. Eve and Simon estimate that their fencing system is now keeping around 17,000 cats safe in over 6,000 gardens around the UK, including their own current companions Darius and 18-month old siblings Vixen and Millie.