Understand your cat better and you could make his life a lot happier. Behaviourist Dr Sarah Ellis starts our training journey.

Understanding how our cats learn is not just fascinating; it helps us understand why they behave the way they do and allows us to make the right decisions regarding their care, in terms of maximising their welfare. It also ensures our relationships with our cats are enduring and positive for all.

But what do we mean by learning? Consider this hypothetical example:

When Mr Brown was asked what his cat Felix had learnt in the last week, he replied: "Felix hasn't really learnt anything; he is too lazy and it's been raining all week so he hasn't gone outside much. He has spent a lot of the time lying on my lap in front of the fire while I watch television. I enjoy this and he loves to be stroked.

"However, on Saturday I thought I might have a shot at the newspaper crossword. Felix, however, decided he would sit right on top of the paper on my lap so I couldn't see my crossword! Fed up with trying to negotiate him and the paper, I got up and gave him his dinner to get him out of my way so I could do the crossword in peace. Would you believe that on Sunday, even though he wasn't even on the sofa when I decided I'd have another shot at the crossword, he jumped up and tried to sit on the paper again?!"

Many of you may be able to empathise with such situations - however, what we may not realise is how much learning has taken place within Felix and how much influence Mr Brown had over that learning. Felix actually learnt a lot in that week as well as demonstrating that he had previously learnt many things about his owner and his environment.

Firstly, Felix learnt that going outside when it rains leaves you cold and wet, and that it is better to stay inside where it is dry and warm next to your owner as you receive positive attention in the form of being stroked. Secondly, when Felix attempted to get back on Mr Brown's lap after he got the newspaper, he got something even better in Felix's mind than being petted; he got his dinner!

When Felix saw the paper coming out the next day, he remembered that sitting on it yesterday resulted in him getting his dinner so he tried the same behaviour again. Inadvertently, Mr Brown taught Felix that performing this behaviour leads to a positive consequence (sitting on the paper results in being fed!). If Mr Brown had fully understood how Felix learns, he may have gone about his actions slightly differently and resulted in some peaceful crossword time! 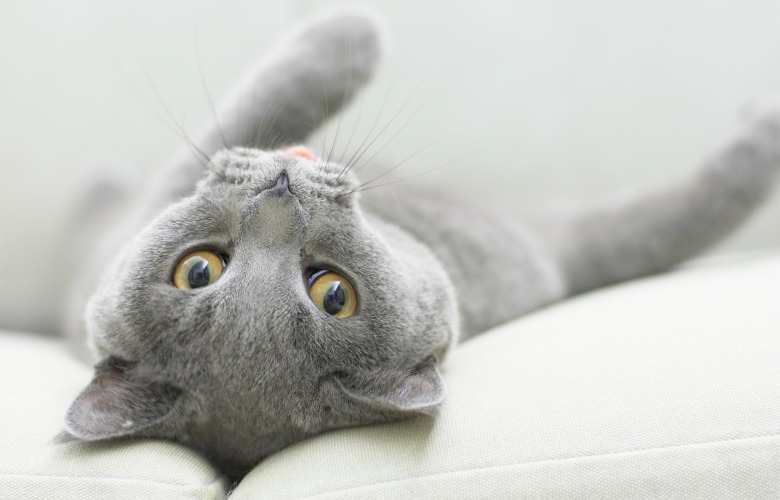 This article is the first of many in a new series by myself, Dr Sarah Ellis (feline behaviour expert), and Chirag Patel (animal behaviour consultant and trainer), exploring the concept of learning and training in cats for better welfare management. By this, we mean understanding how cats learn, learning the best ways to change their environment and the way we manage them to ensure our cats lead as positive, fulfilling lives as possible.

It is as much about training ourselves as owners as it is about training the cats. For example, current stressful negative events in a cat's life may include going in a cat carrier, travelling in the car, meeting the vet and receiving medication, to name just a few.

However, by understanding how our cats learn and how we can influence what they learn, we can create these events to be perceived more positively than they are currently, and thus improve our cat's general welfare, both in the short and long term.

By making simple changes and setting up particular situations, we can ensure the cat learns that the cat carrier is a positive thing in their life and there is no longer any need to run behind the sofa and refuse to come out when the cat carrier comes out of the cupboard. For the cat that used to win the pill battle with the resultant soggy pill being spat behind the sofa, we can teach the cat to learn to actively accept the pill, allowing him to be medicated with ease.

The rest of this article will focus on describing the ways in which our cats learn, with future articles focusing on creating the best environment for learning and training, explaining the training tools we can use and understanding our individual cat's learning and training needs. After that, each article?will focus on a simple management task (from getting the cat in the cat carrier to training cats to accept grooming) and provide step-by-step instructions on how to teach your cat in a welfare-friendly manner to learn that such tasks are not scary events and can actually be quite positive.

Learning is happening all the time, regardless of whether you are intentionally trying to teach something or just going about your daily life. This learning can take place over one repetition or sometimes many. Further experiences can either help reinforce what has previously been learnt or start to teach something different. As the animal is learning, it is also developing negative or positive associations as to how things make them feel. Cats all learn using the same basic principles, which are described below.

The process of habituation allows cats to learn about what things in their environment are irrelevant to them. In general, irrelevant things are those that have no consequences to the cat (neither negative nor positive) and are therefore perceived as harmless and can be ignored. Such learning takes place over repeated exposure to the same things. For example, a new kitten who has never been in a home environment may startle when he first hears the telephone ring. However, over several repetitions of the telephone ringing and across several separate occasions of the telephone ringing, the kitten learns that nothing relevant to him happens at this time and therefore stops reacting to the ringing sound. In other words, the kitten habituates to the sound of the telephone. Habituation is thereby an important process of learning during kittenhood when lots of new encounters are made and one has to learn what is important and what isn't. 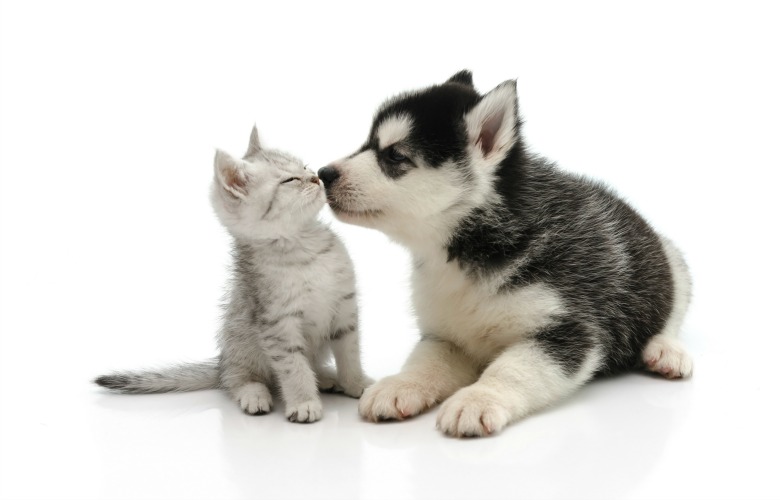 Classical conditioning is always occurring and involves things in the environment predicting that something else is about to happen. A common example of classical conditioning having taken place is demonstrated in the cat that on hearing the door of the kitchen cupboard that contains the cat food opening, comes running through to the kitchen miaowing, purring, rubbing at the owner and possibly circling. These are all behaviours that cats generally show when their owner has their food in their hand and is about to give it to them. Classical conditioning is the process of learning that the sound of the cupboard door (a previously meaningless sound) predicts food is coming. Therefore the sound of the cupboard opening elicits the same positive feelings that food does. Such a learning process relies on consistent pairing of the sound of the cupboard just before the presentation of food.

Consequence 1: Something good is presented (eg you give the cat another food treat)

Consequence 2: Something good can end or be taken away (eg you stop feeding the cat treats)

Consequence 3: Something bad can start or be presented (eg you stand up and walk away)

Consequence 4: Something bad can end or be taken away (eg being on your lap means he is off the cold floor)

Such consequences have to be immediate or clearly linked to the behaviour for the cat to learn that they are associated with his behaviour. Can you see why Mr Brown's behaviour may have led his cat to try sitting on the newspaper again?

Observational learning involves learning from another individual. Both kittens and adult cats have been shown to be able to learn to perform a task by simply watching an experienced cat complete the task. Cats who live together and get along well are often considered to 'teach' one another particular behaviours, for example to exit the house through a cat flap. Whether the 'observer' cat actually learns the behaviour directly from 'demonstrator' cat or whether the 'demonstrator' cat simply draws the 'observer' cat's attention to the cat flap through its actions is still debatable.

Regardless of the true mechanism in place, such learning is most common during kittenhood where much observational learning occurs in the kitten from watching his mother. Studies have shown kittens are quicker at learning a task if it is their mother they watch doing the task rather than another unknown cat.

Cats learn using a variety of methods and understanding such methods is critically important if we are to influence what cats learn. Why might we want to influence what cats learn? To help them cope in a domestic world where we have many management tasks we may have to perform (eg take the cat to the vet, groom it, give it a pill) in as best a way that is possible for each individual cat.

N.B. In terms of training, we recommend setting up consequences that encourage the desired behaviour (e.g. providing food rewards for desired behaviours) rather than discouragement of undesired behaviour (for example, some people may tell their cats off or use water pistols but we do not advise such methods). This is to ensure that cat welfare is not compromised and that your cat's perception of you remains positive, thus maintaining and potentially strengthening the owner-cat bond through the process rather than potentially damaging it. We will cover more about this in future articles.